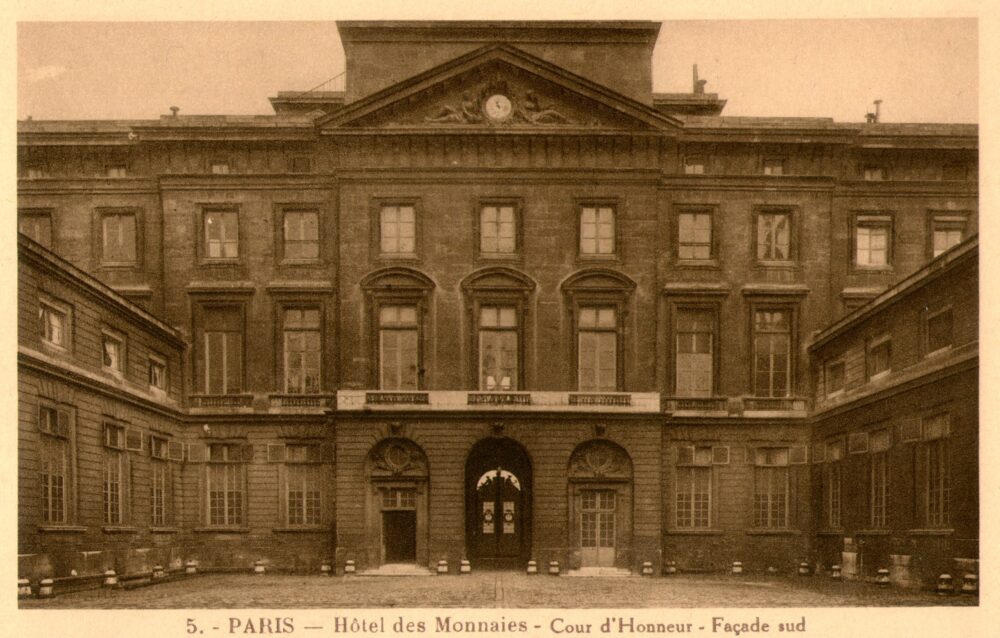 Following the partition of the Carolingian Empire – made official in 843 by the Treaty of Verdun – imperial power waned significantly. At the time, numerous coin striking workshops were scattered right across the territory that constitutes modern-day France. . . . For several centuries, the number of royal workshops varied. Some were repeatedly closed and reopened due to financial crises, while the needs of the king (financing wars, etc) and new territories annexed by the crown also caused frequent fluctuations in how many were active at any one time. At the end of 1689 there were 22 in total, yet barely two years later this number had risen to 27. The regional workshops gradually disappeared and in 1870 only three remained: Bordeaux, Paris and Strasbourg. By 1878, only Monnaie de Paris was still in operation.
Monnaie de Paris

The Monnaie de Paris (Paris Mint) is a government-owned institution responsible for producing France’s coins. Founded in AD 864 with the Edict of Pistres, it is the world’s oldest continuously running minting institution. . . . A Neoclassical edifice, the Hôtel de la Monnaie was designed by Jacques-Denis Antoine and built from 1767–1775 on the Left Bank of the Seine. The Monnaie was the first major civic monument undertaken by Antoine, yet shows a high level of ingenuity on the part of the architect. Today it is considered a key example of French Neoclassicism in pre-Revolutionary Paris. The building is typified by its heavy external rustication and severe decorative treatment. It boasts one of the longest façades on the Seine; its appearance has been likened to the Italian palazzo tradition.
Wikipedia. 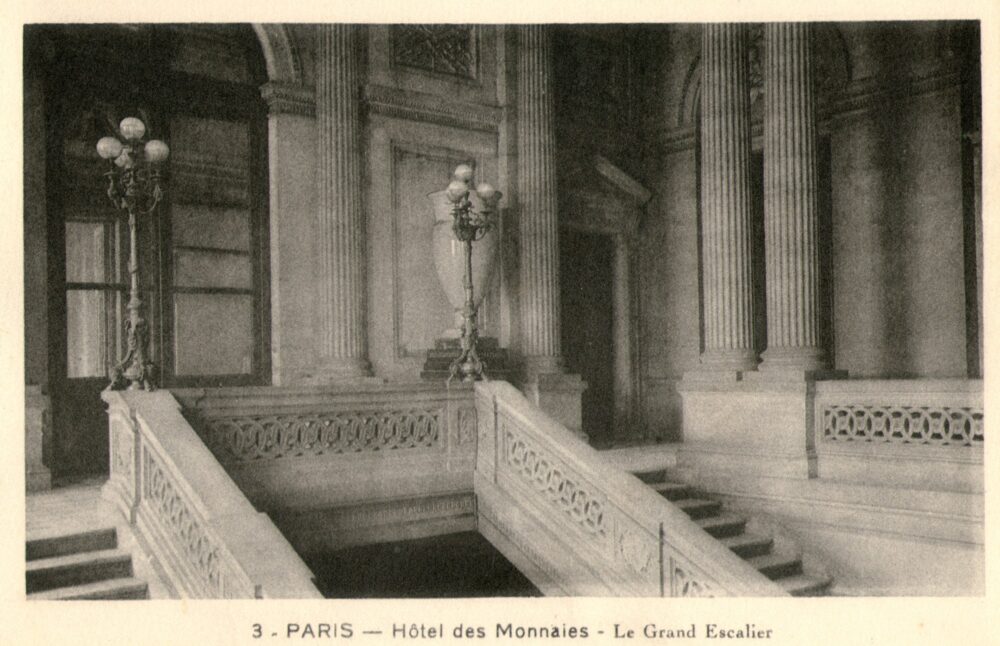