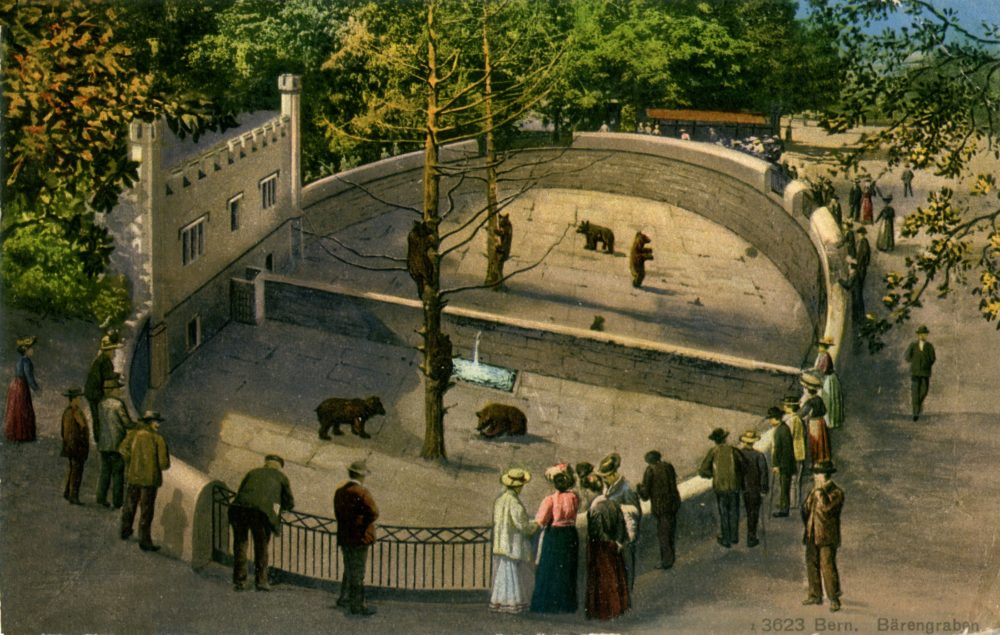 Legend has it in 1191 Duke Berthold the Fifth swore to name his newly founded town after the first animal he killed in on a hunt the surrounding forest, which turned out to be a bear. The town embraced this bear-centric world view and decided that if they were going to be called bear, they should have some bears. In 1513, the first bear pit was set up in the city near the Käfigturm (Cage Tower) in what is present day called Bärenplatz (Bear Square.] This bear pit was relocated in 1764 to the Schanzengraben (Moat) in Bollwerk, in front of the gateway to the city. The final, still visible bear was opened on May 27, 1857. . . . In an age before animal rights, the bears were treated inhumanly and kept crowded in the small pit, resulting in fights between the bears and the resulting injuries. Fed a vegetarian diet, onlookers tossed bits of cheese to the well fed animals. The bears did occasionally get their fill of meat when an eager onlooker tumbled head over heels into the pit.
concert venue from time to time.
Atlas Obscura

The first records of bears being kept in the city come from 1513, when the chronicler Valerius Anshelm described how the Bernese returned home victorious from the Battle of Novara, carrying both the captured standards and a living bear as spoils of war. The first bear pit was at what is still called the Bärenplatz (Bear Plaza). The current pit is the fourth such enclosure, following on from pits at various locations around the city, and was first opened in 1857.[1] In 1925, a smaller adjacent pit was added to raise the young bear cubs. Between 1994 and 1996, the Bärengraben was completely renovated to improve conditions for the bears. Despite this, the keeping of bears in what still remained a bear pit led to many complaints. This, as well as new legal requirements, prompted a rethink of how the bears should be kept. As a result, the BärenPark was opened in 2009, on the steeply sloping land between the Bärengraben and the bank of the River Aar. The original bear pit and the BärenPark were linked by a tunnel, allowing the bears to make use of both spaces.
Wikipedia. 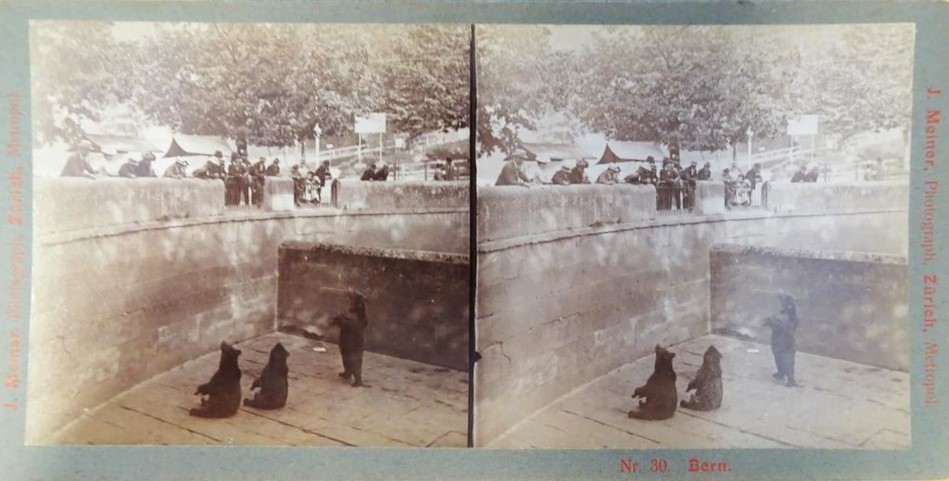 “Bärengraben in Bern”, from Wikimedia Commons