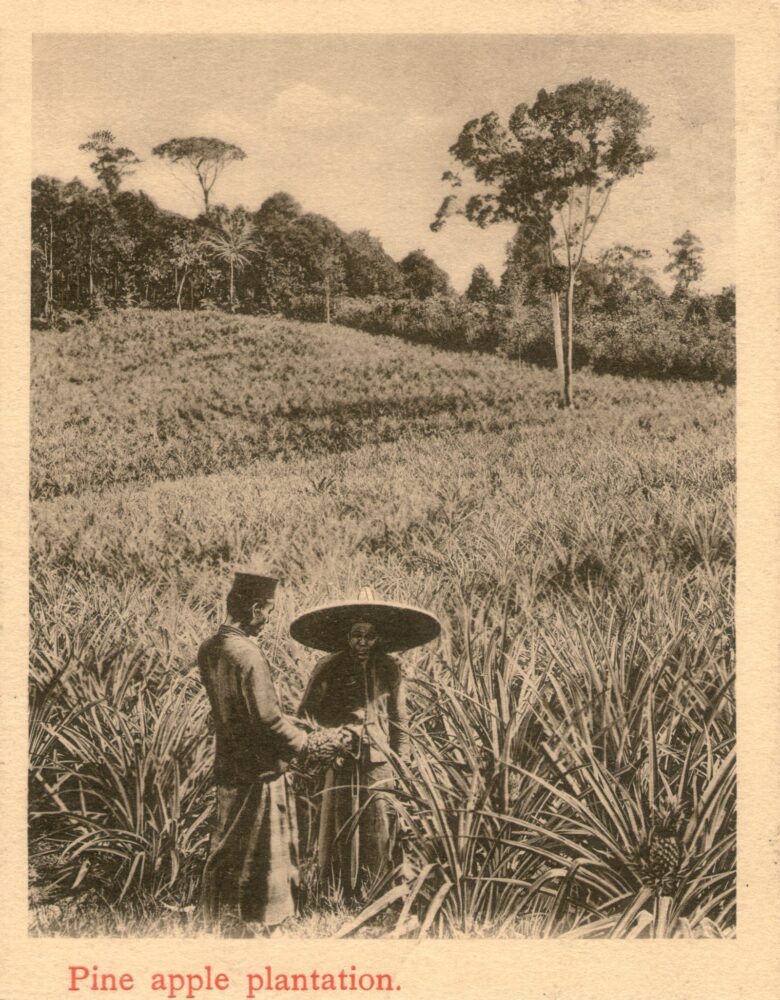 Pineapples were among the early crops grown in Singapore with Resident John Crawfurd mentioning Singapore a being suitable for its cultivation in 1824 & described as plentiful by 1841.31 There were ‘pineries’ in the Southern Islands like Pulau Blakan Mati (today’s Sentosa) cultivated by the Bugis as well as in the Telok Blangah area.32 In 1849, it was the third most cultivated crop in Singapore by acreage.33 For rubber plantations, pineapple was often grown as a catch-crop, a crop planted and harvested while waiting for the more profitable trees to mature.

The pineapple is one of the most important tropical fruits in world production after bananas and citrus fruits. Due to the short shelf-life of fresh pineapple fruit, its distribution was limited but of high-value. The alternative to selling fresh pineapples was to preserve them in cans. The pioneering efforts of canning pineapple in Singapore appears to be shared by three Frenchmen. The first was a Mister Laurent whose business venture in 1875 failed shortly after.36 The second was a war veteran and seaman by the name of Joseph Pierre Bastiani, who had significant business success through his exhibition ventures. There was even a legal suit on his trademark brand.38 The third man cited was also a French sailor, M. Bernado, who started canning in a shophouse.
Singaport Infopedia