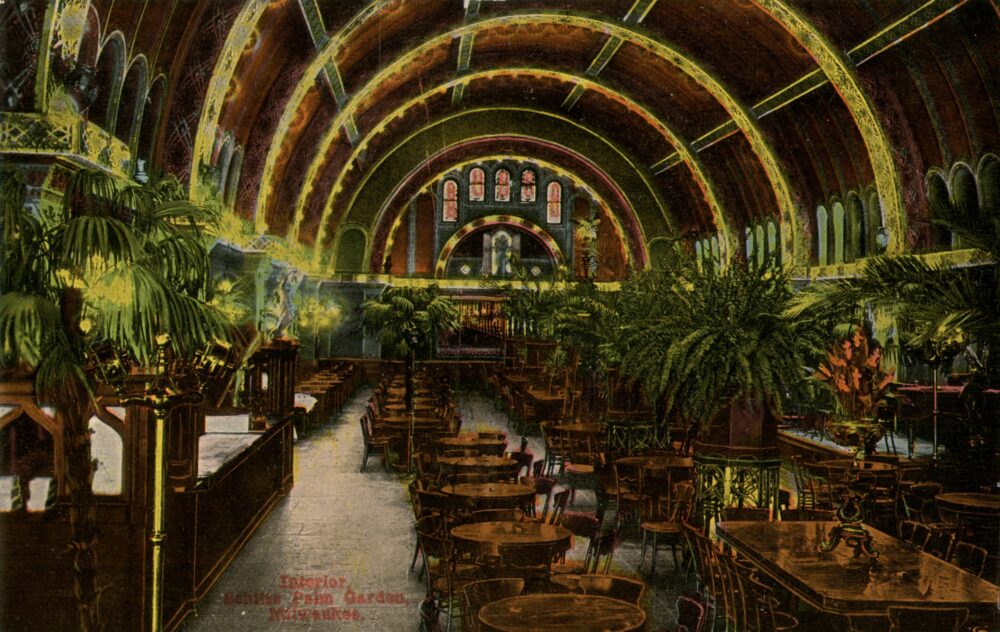 Beer gardens and beer halls were key early institutions in the vibrant beer culture that accompanied the development of Milwaukee’s iconic brewing industry. Milwaukeeans and visitors from various ethnic and class backgrounds frequented these establishments located throughout the city to drink beer, listen to music, play games, socialize with friends, neighbors, and family, and partake in the city’s famed gemütlichkeit. Beer gardens and halls were also significant retail outlets for the city’s major breweries, who developed these institutions into extravagant commercial entertainment spaces to help market their brands. . . . Prior to the development of Milwaukee’s municipal park system in the late-nineteenth century, beer gardens fulfilled a growing need for open, public green areas as the city rapidly industrialized and grew denser. Proprietors augmented the city’s natural landscape with ornamental plantings, arbors, nurseries, terraces, animal menageries, and other cultivated elements common to German beer gardens
Encyclopedia of Milwaukeed

After Prohibition forced the Schlitz Palm Garden’s to close its doors in 1921, Schlitz Brewing Co. transformed the location into The Garden Theater, an ornate movie theater.
https://3rdstmarkethall.com/history