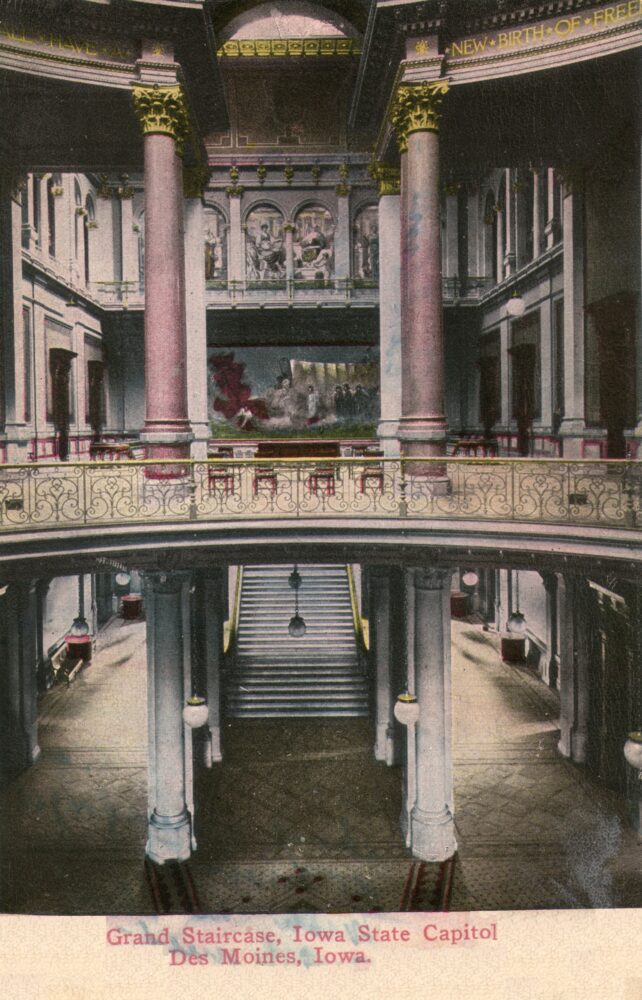 The Iowa State Capitol, commonly called the Iowa Statehouse, is in Iowa’s capital city, Des Moines. As the seat of the Iowa General Assembly, the building houses the Iowa Senate, Iowa House of Representatives, the Office of the Governor, and the Offices of the Attorney General, Auditor, Treasurer, and Secretary of State. The building also includes a chamber for the Iowa Supreme Court, although court activities usually take place in the neighboring Iowa Supreme Court building. The building was constructed between 1871 and 1886.
. . . .
A three-story brick building served as a temporary Capitol and was in use for 30 years, until destroyed by fires: in the meantime, the permanent Capitol was being planned and built. In 1870, the General Assembly established a Capitol commission including local businessman and politician Peter A. Dey to employ an architect, choose a plan for a building (not to cost more than $1.5 million), and proceed with the work, but only by using funds available without increasing the tax rate. John C. Cochrane and Alfred H. Piquenard were designated as architects, and a cornerstone was laid on November 23, 1871. However, much of the original stone deteriorated through waterlogging and severe weather, and had to be replaced. The cornerstone was relaid on September 29, 1873.
Wikipedia.

The beauty, dignity, and arrangement of the interior become apparent as a visitor stands under the dome of the first floor. Broad, lofty corridors extend west, north, and south. Walls are highly decorated. The grand staircase is to the east. Suites opening from the south corridor are those of the governor, auditor of state, and treasurer of state. The Supreme Court and the Court of Appeals office are to the north; the secretary of state’s suite is to the west. The grand staircase ascends to a landing and divides north and south to bring visitors to the floor above, where the House of Representatives is on the north, the Senate on the south, and the law library on the west.
. . .
Extending the full width of the east wall over the staircase is the great mural painting, “Westward,” an idealized representation of the coming of the people who made Iowa. This was completed as part of the 1904 decoration.
Iowa Profile — State Library of Iowa 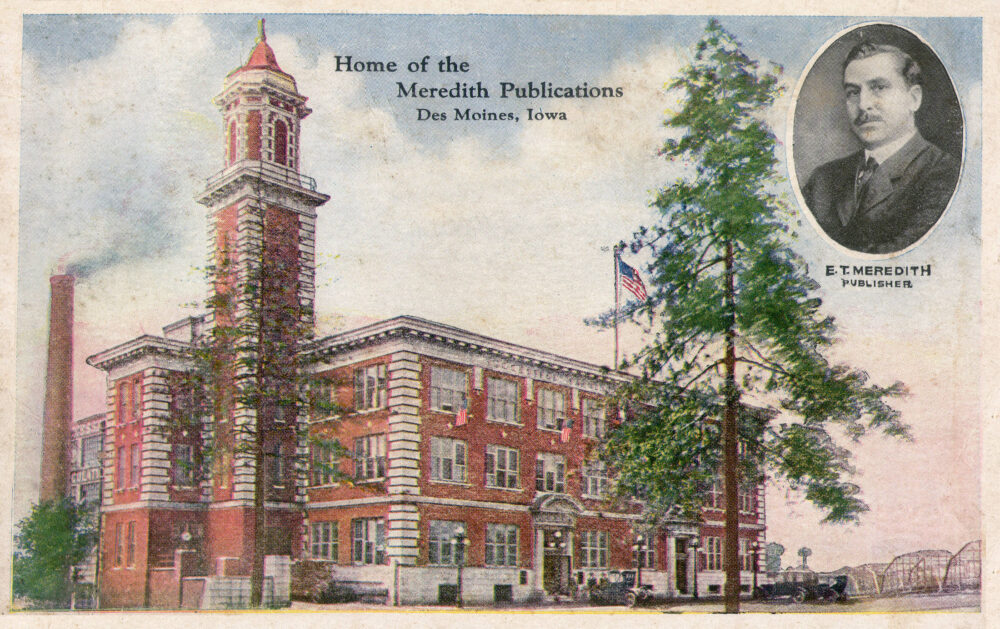 Edwin Thomas Meredith founded the company in 1902 when he began publishing Successful Farming magazine. In 1922, Meredith began publishing Fruit, Garden and Home magazine, a home and family service publication. In 1924, the magazine was retitled Better Homes and Gardens, and the first issue cost a dime on the newsstand.
Wikipedia.

On E. T. Meredith’s wedding day, his grandfather gave him several gold pieces, the controlling interest in his newspaper, and a note that said, “Sink or swim.” After returning his grandfather’s newspaper to profitability, Meredith sold it for a profit and began publishing a service-oriented farm magazine called Successful Farming in 1902. The magazine grew quickly, from a starting circulation of 500 to more than half a million subscribers by 1914. The company had grown proportionally, from five employees in 1902 to almost 200 in 1912. In 1999 the company had more than 2,500 employees and still occupied the same building that was established as company headquarters in 1912. The building went through some expansion as well, including an $18 million renovation completed in 1980.

After serving a year as Woodrow Wilson’s Secretary of Agriculture, E. T. Meredith returned to his company in 1920 and decided to publish more magazines. In 1922 the company purchased one magazine, Dairy Farmer, and launched another, Fruit, Garden and Home. Meredith tried to make Dairy Farmer a national success for five years before merging it with Successful Farming. Unable to make a profit until 1927, Fruit, Garden and Home, a magazine similar to Successful Farming for the home and family, had start-up difficulties as well. At first, advertisers paid $450 per black-and-white page in Fruit, Garden and Home, as opposed to Successful Farming’s rate of $1,800 per black-and-white page. After a name change in 1924 to Better Homes & Gardens, the magazine’s fortunes turned around, allowing it to command $1,800 per black-and-white page of advertising by 1925. By the time of E. T. Meredith’s death in 1928, the year he was considered a candidate for the presidency.
From “International Directory of Company Histories, Vol. 29″1999, Funding Universe 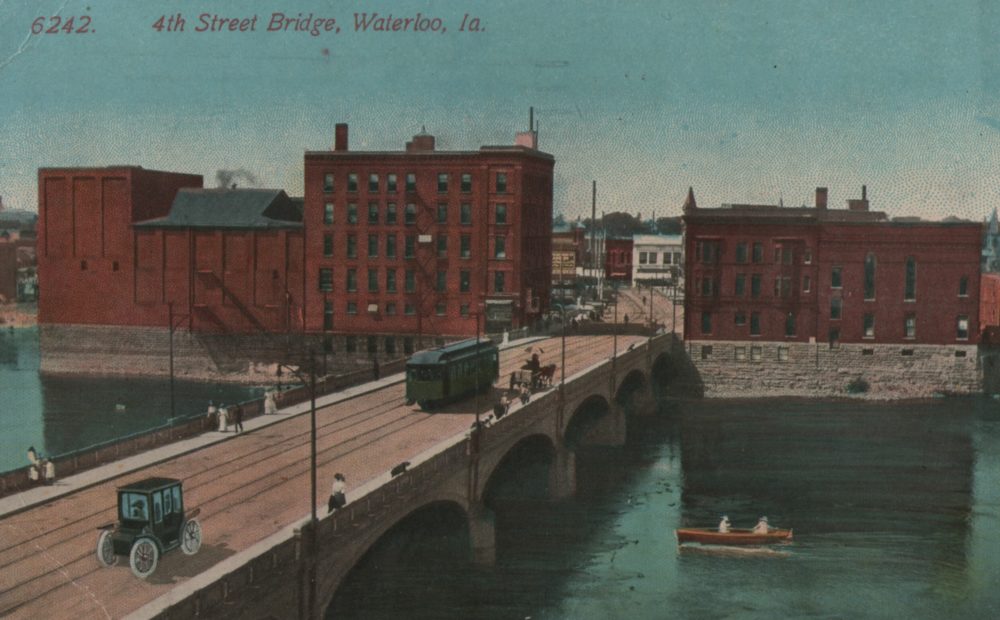 Seems to this view, allowing for angles. The building on the left being the Majestic Theatre. 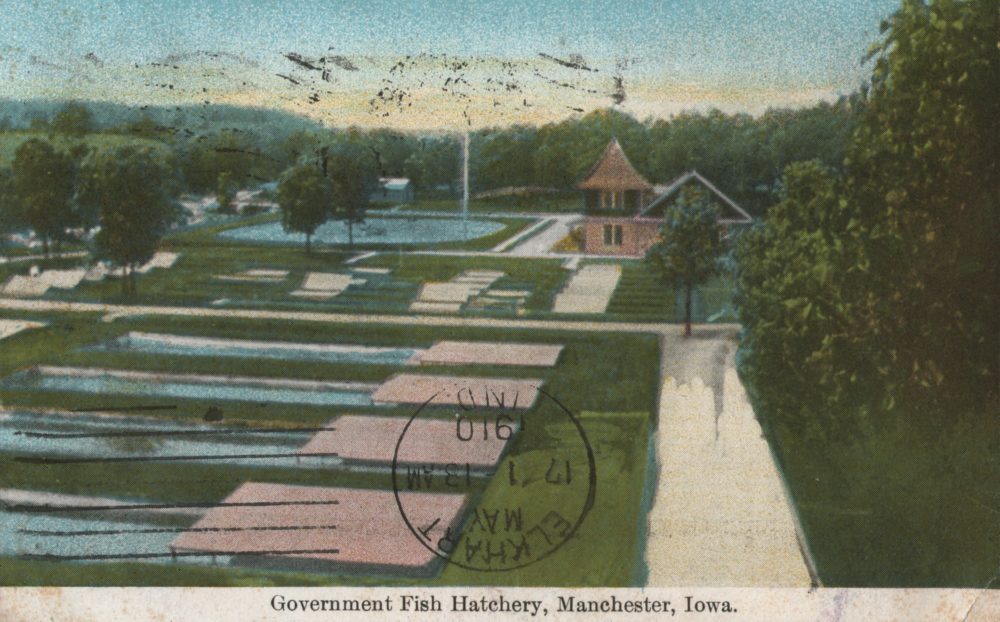 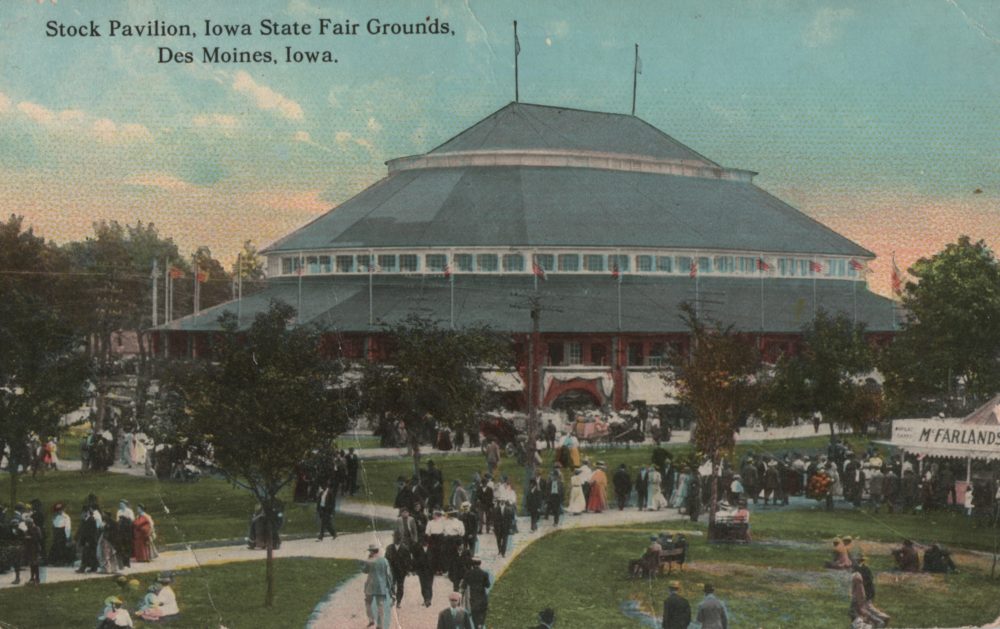