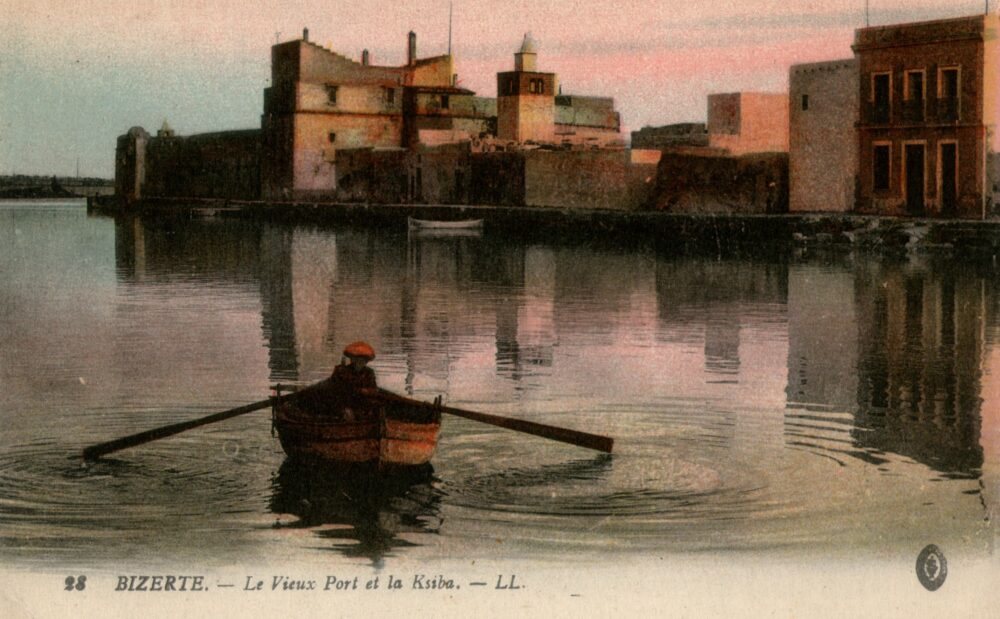 Bizerte or Bizerta (Arabic: بنزرت‎ About this soundBenzart), the classical Hippo, is a town of Bizerte Governorate in Tunisia. It is the northernmost city in Africa, located 65 km (40mil) north of the capital Tunis. It is one of the oldest known settlements in Tunisia, having been founded by settlers from the Phoenician port of Sidon around 1100 BC. It is also known as the last town to remain under French control after the rest of the country won its independence from France.
. . .
Arab armies took Bizerte in 647 in their first invasion of the area, but the city reverted to control from Constantinople until the Byzantines were defeated and finally driven from North Africa in 695–98. The troops of Charles V of the Holy Roman Empire captured the city in 1535; the Turks took it in 1574. The city then became a corsair harbour and struggled against the French and the Venetians. With its occupation of Tunisia in 1881, France gained control of Bizerte and built a large naval harbour in the city.
Wikipedia. 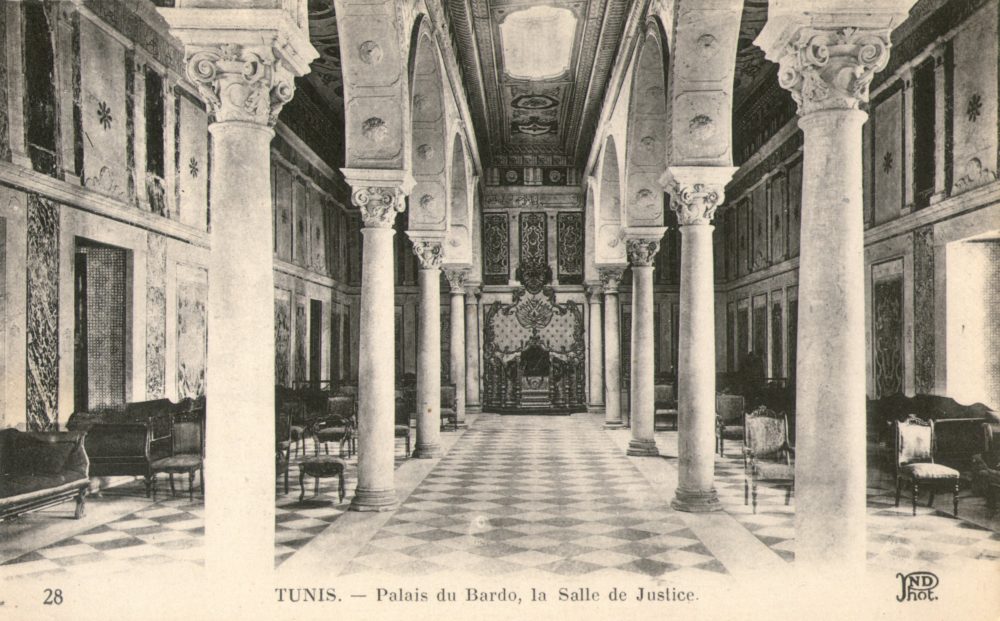 The fortified military city of Bardo which is the centre of the Husseini power since 1705, witnessed the edification of sumptuous buildings within its walls.
Ali Pacha, the second sovereign of the dynasty between 1735 and 1756, built a first palace with a monumental entrance staircase guarded by lion statues.
Between 1824 and 1835, Hussein Bey built the “Small Tunisian Palace” characterized by Moorish Andalousian style.
Between 1859 and 1864, Mhammed Bey built the harem called “Qasr Al-Badii” which was characterized by an Italianist style.
These latter two residences, which are close to each other, remained the Bey’s residences until 1879. Sadok Bey, who was responsible for the bankruptcy of the kingdom, was obliged to restrain his lifestyle and move to Ksar Said where he had a much more modest residence.
National Bardo Museum 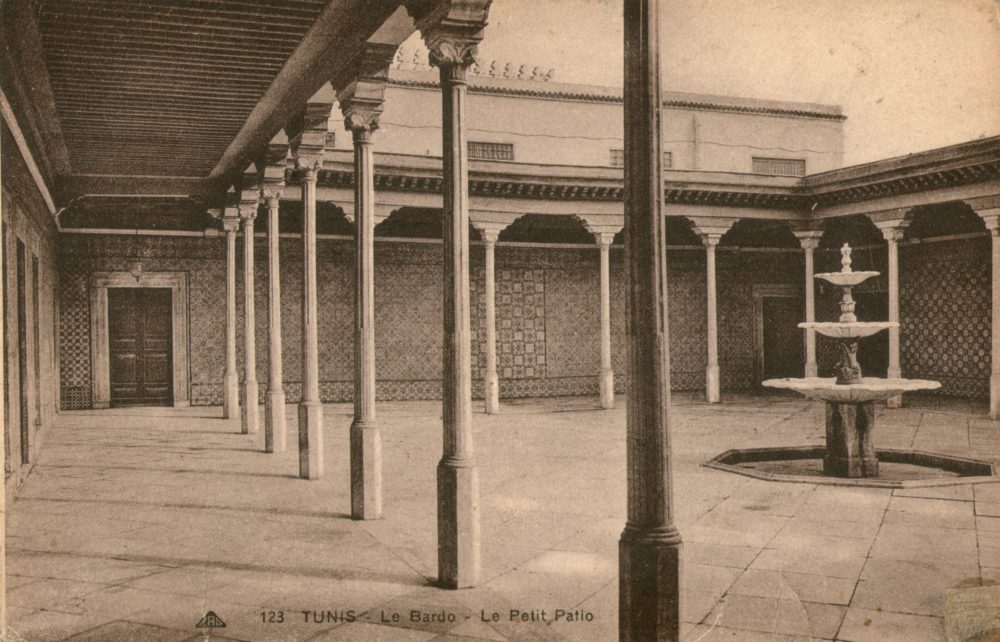 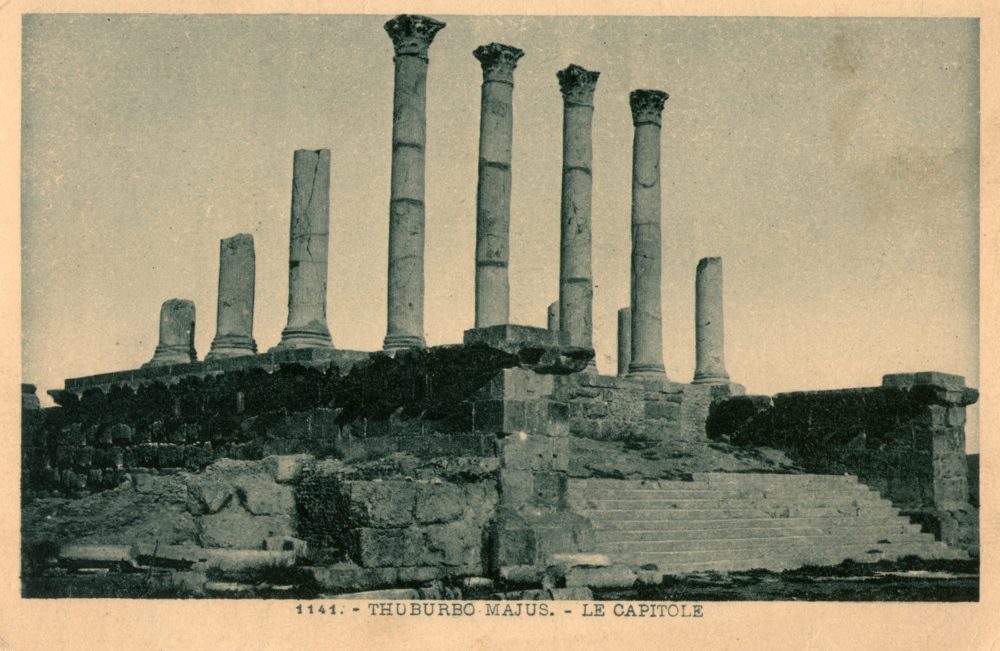 Thuburbo Majus or Colonia Julia Aurelia Commoda, its Roman name, was originally a Punic town, later founded as a Roman veteran colony by Augustus in 27 BC. Military veterans were sent to Thuburbo, among other sites, by Augustus to allow them to start their post-army lives with land of their own. Its strategic location and access to trade routes made it an important establishment. Ruins of the town are in the middle of the countryside with no towns in close proximity. Most of the town was built around 150–200 and restored in the 4th century after the Crisis of the Third Century. It received a Capitolium in 168. The town was a productive grower of grain, olives, and fruit.[5] Under Hadrian it was made a municipium, helping cause a growth in wealth, and Commodus made it a colony.

A 1916 excavation found a tetrastyle temple. The building was decorated with statues of Apollo, Venus, Silvanus, Bacchus, the Dioscuri, and a satyr. Three perfume vases showed dogs pursuing rabbits. In 1920 an inscription found in Thuburbo Majus written in honor of C. Vettius Sabinianus proved that several other inscriptions bearing that name were referring to the same person. Remains of the house of Bacchus and Ariadne dating back to the early 5th century were excavated in 1925.
Wikipedia.

Its Capitol – the most important temple in Roman cities – is among the best preserved in Tunisia. Its façade was made of six elegant Corinthian columns, with four of them still intact, overlooking a large staircase and the Forum.
Tunisia Tourism 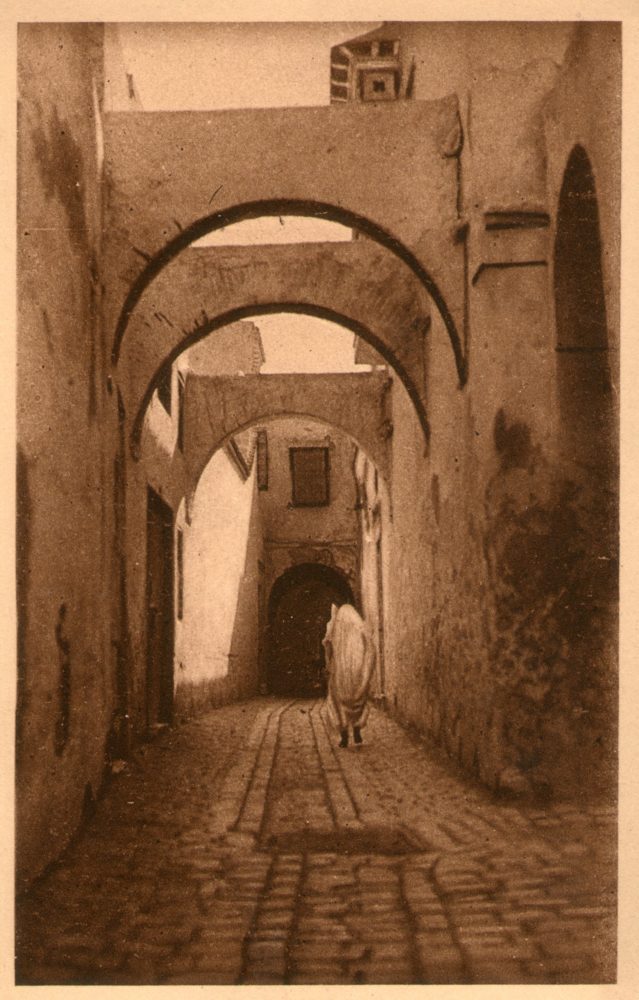 On back
Une rue 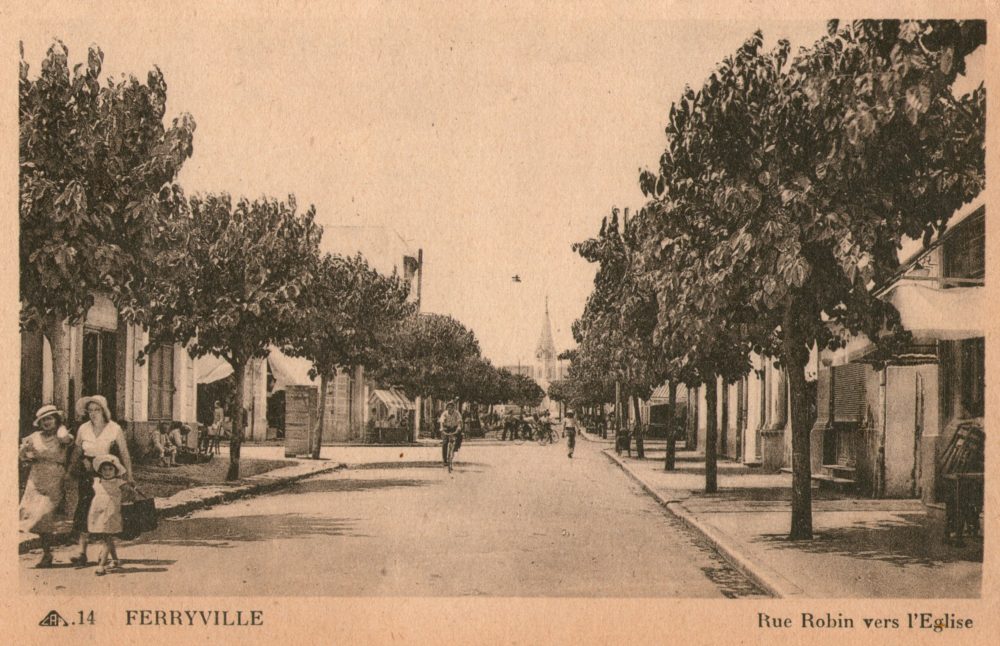 Rue Robin, opposite the church

The church has apparently lost its spire in the intervening years. 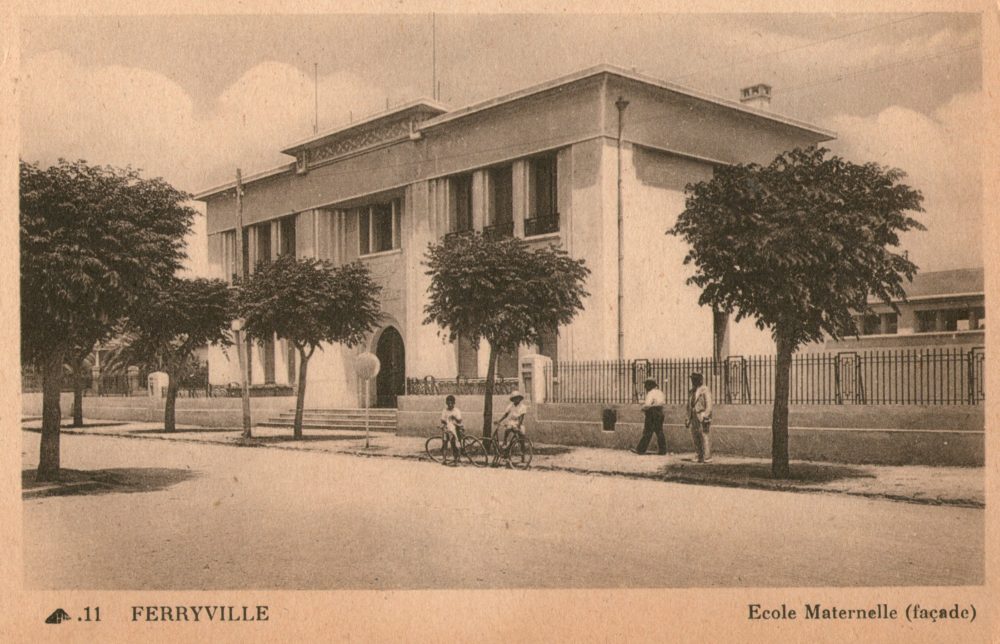 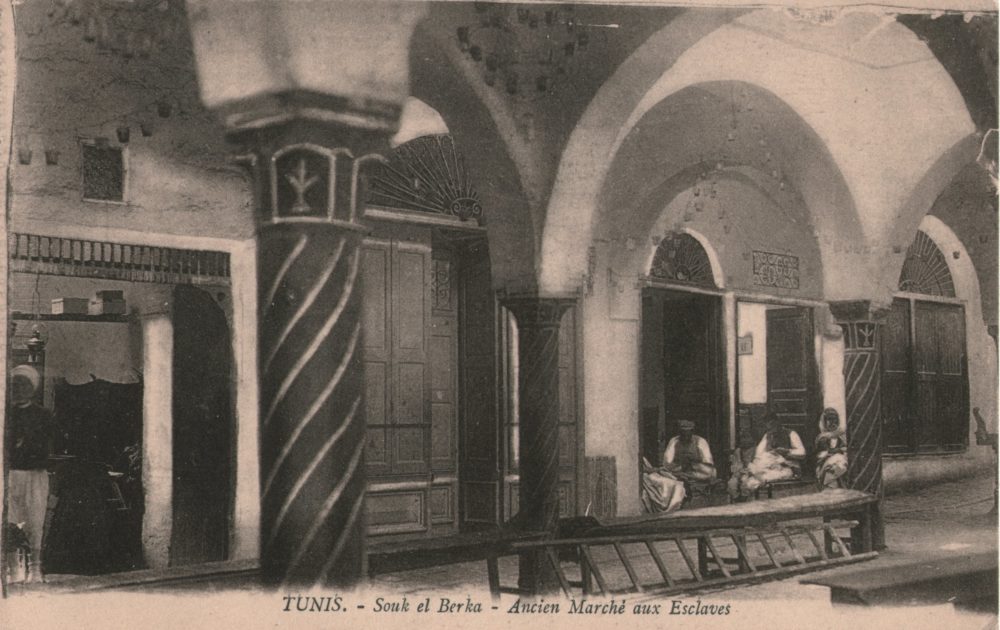 This looks to be the same view

El Berka was built by Yusuf Dey in 1612 and was meant to sell slaves coming from the Sub-Saharan Africa. Slaves of European origin, considered rarer and more precious, were not sold in the souk but in private locations because the sale concerned only wealthy potential buyers. This souk turned into a jewelers’ souk after the abolition of slavery in Tunisia, decreed by Ahmad I ibn Mustafa in 1846.
Wikipedia

Virtual tour in French (or Arabic)