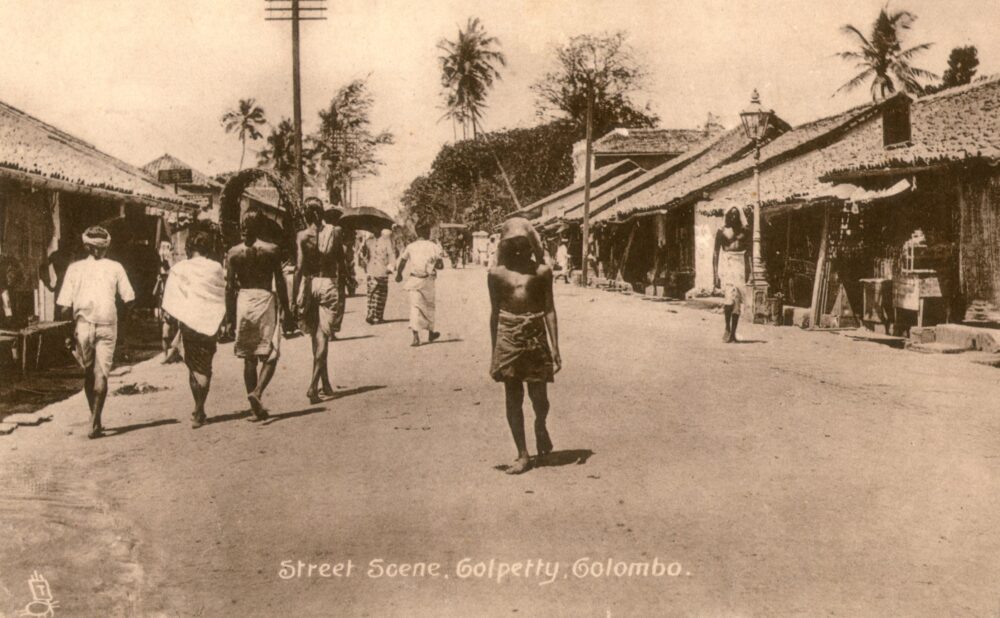 Kollupitiya, also known as Colpetty is a major neighbourhood of Colombo, Sri Lanka. The name Kollupitiya comes from the name of a chief from Kandy who had unsuccessfully attempted to dethrone the last king of Kandy.
Wikipedia. 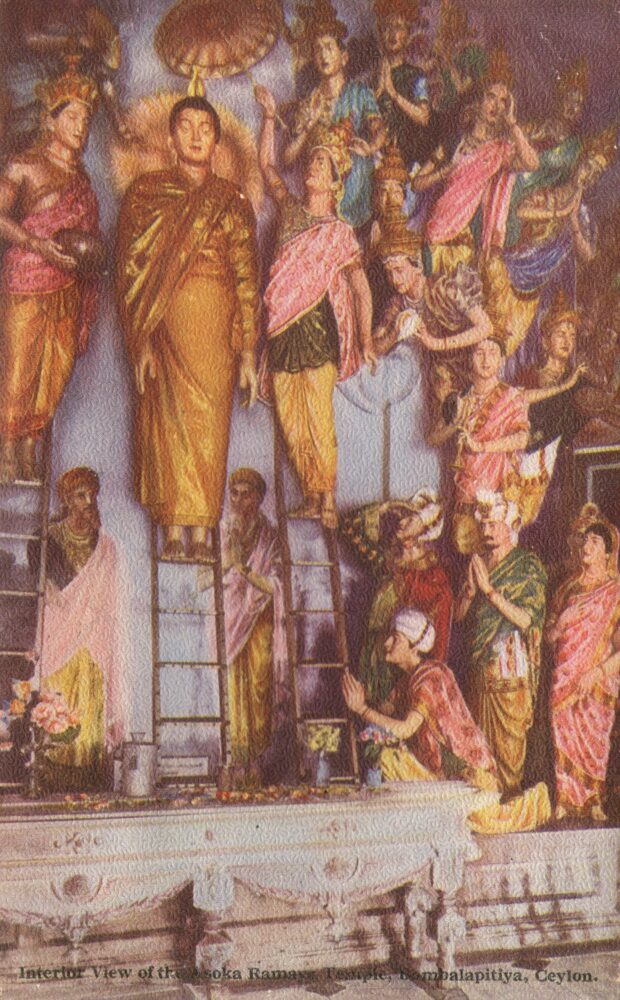 A 100+ year old temple in Colombo. It is known for it spectacular murals of early 20th century Buddhist art which has distinctive
western influences.
Wikimapia

Ashokaramaya Buddhist Temple in Kirulapone is one of the most unassuming temples you will come across in Sri Lanka. Not to be confused with the Ashokaramaya in Kalutara; this Colombo temple is an entirely different world of color and stories. The exterior in contrast is rather dull and normal looking; and as a result this temple is not very well known. However, recently with its paintings being redone; the temple has had an increase in the level of fame.
Lakpura Tours 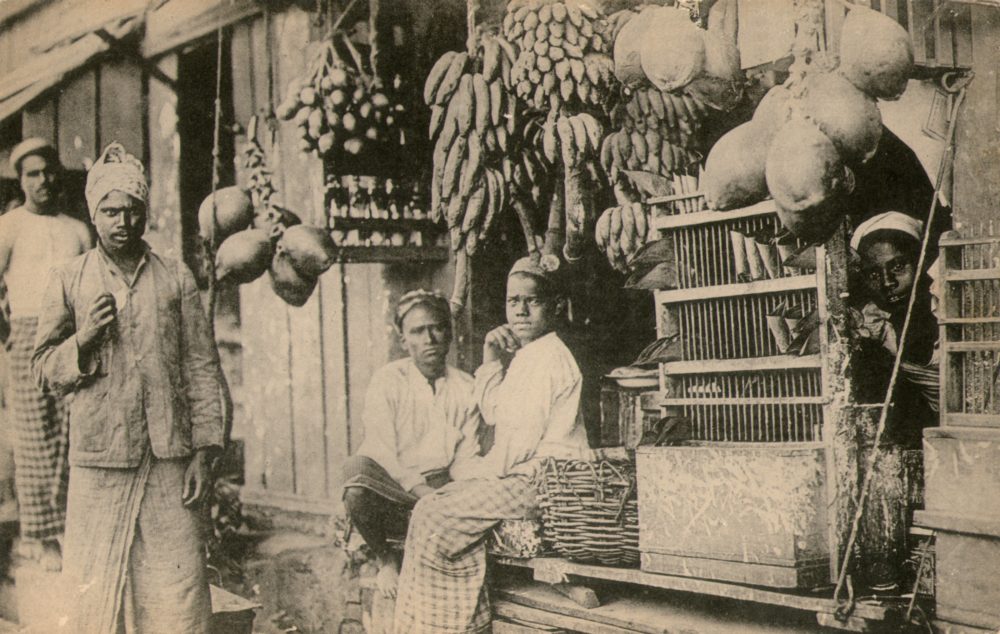 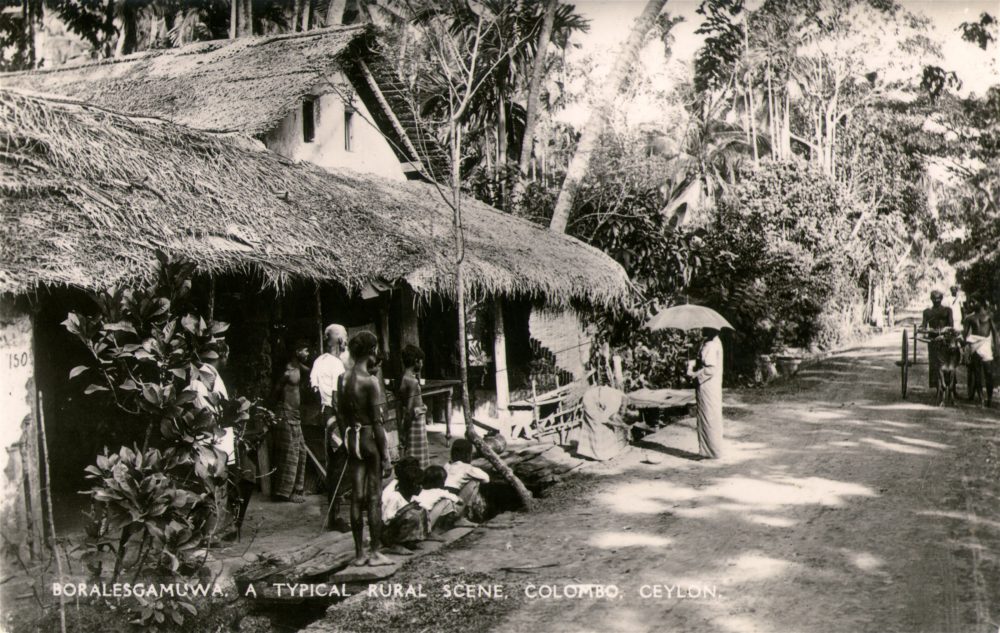 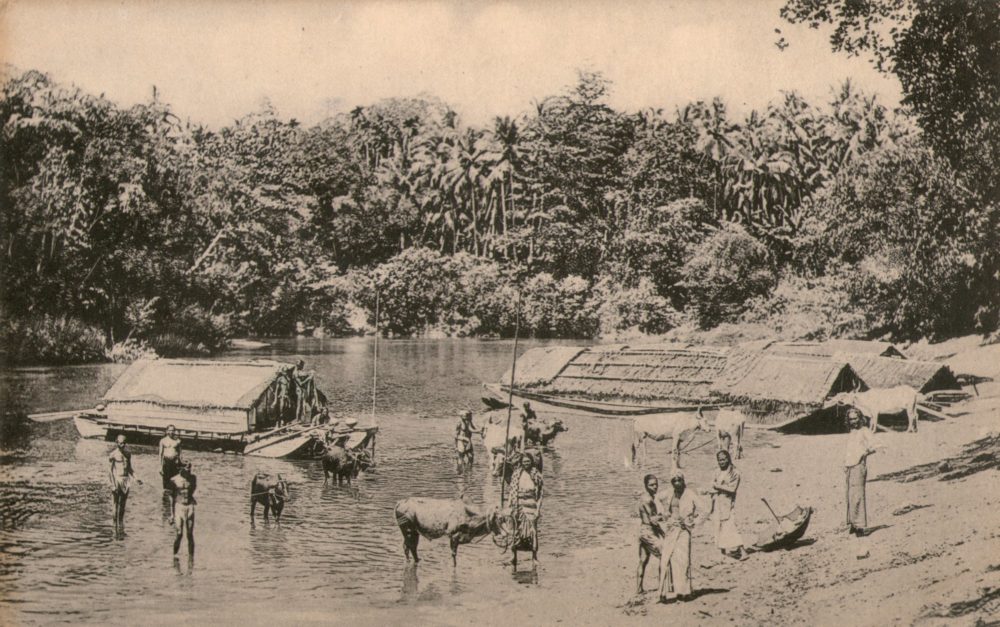 On back:
No. 65. Natives and Cattle Bathing in River Colombo. 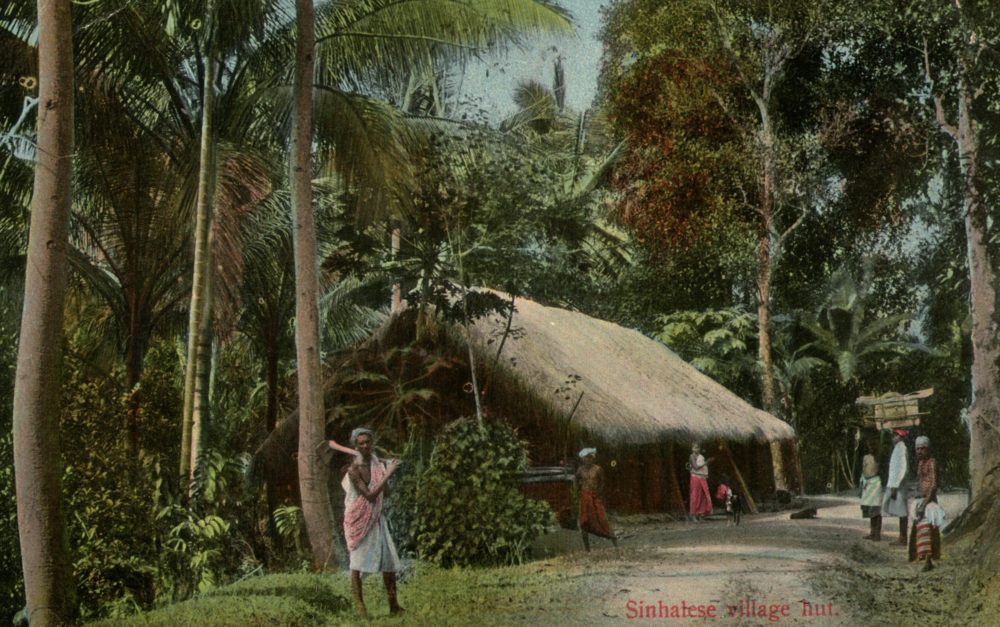 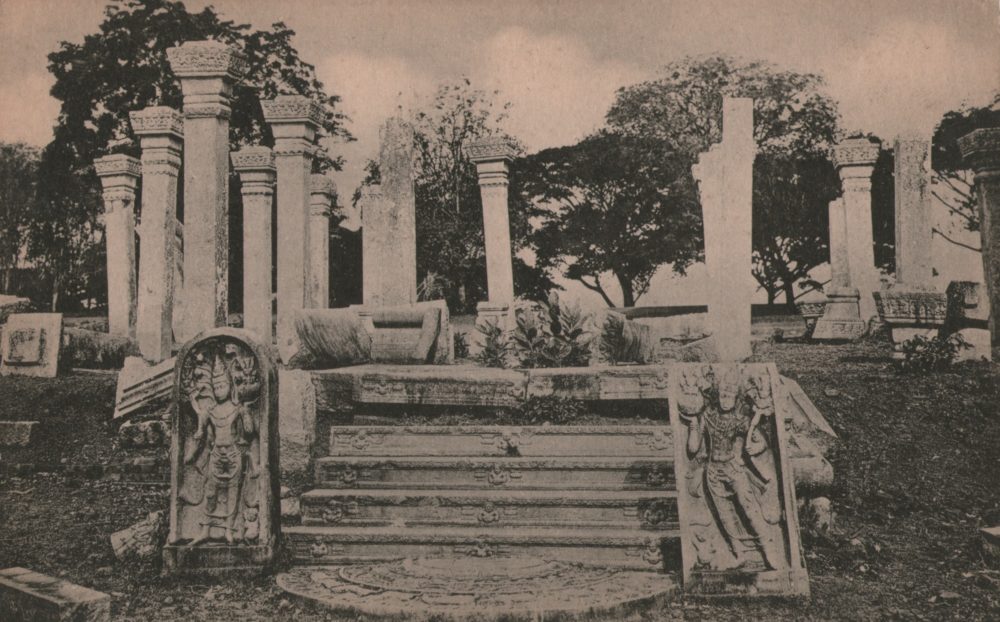 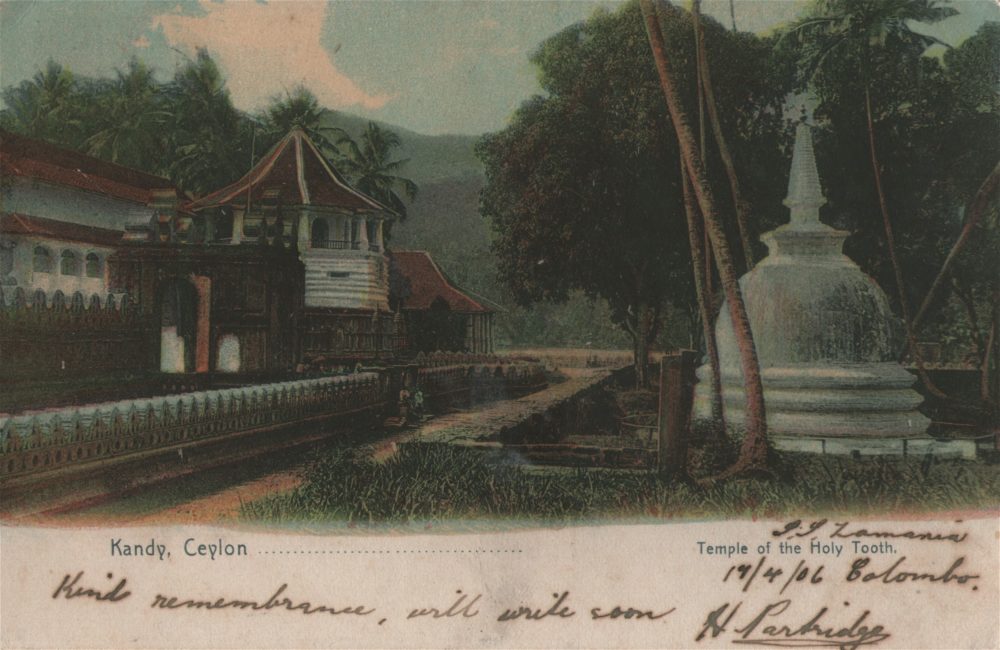