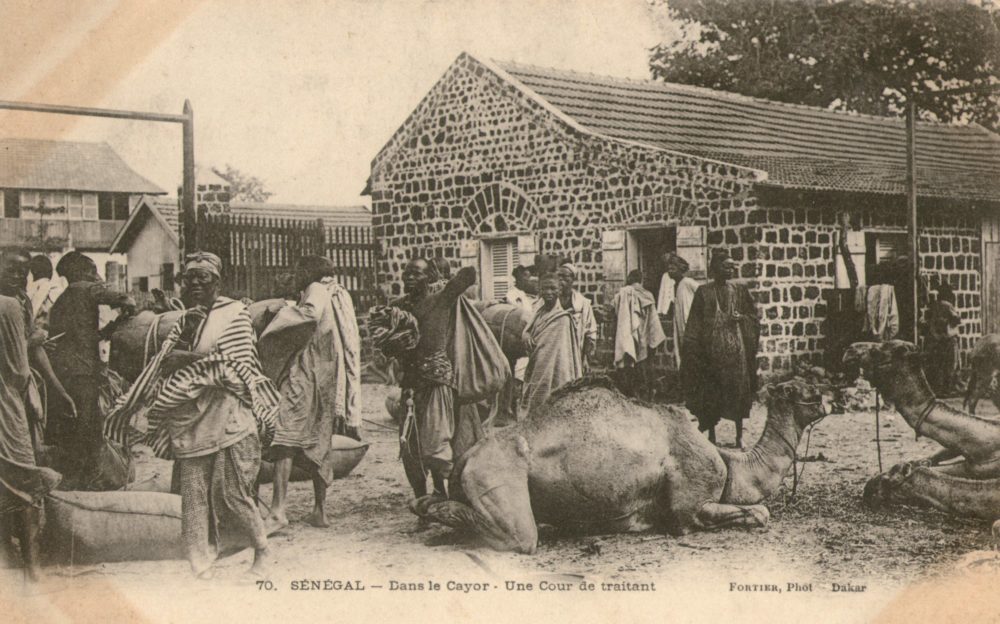 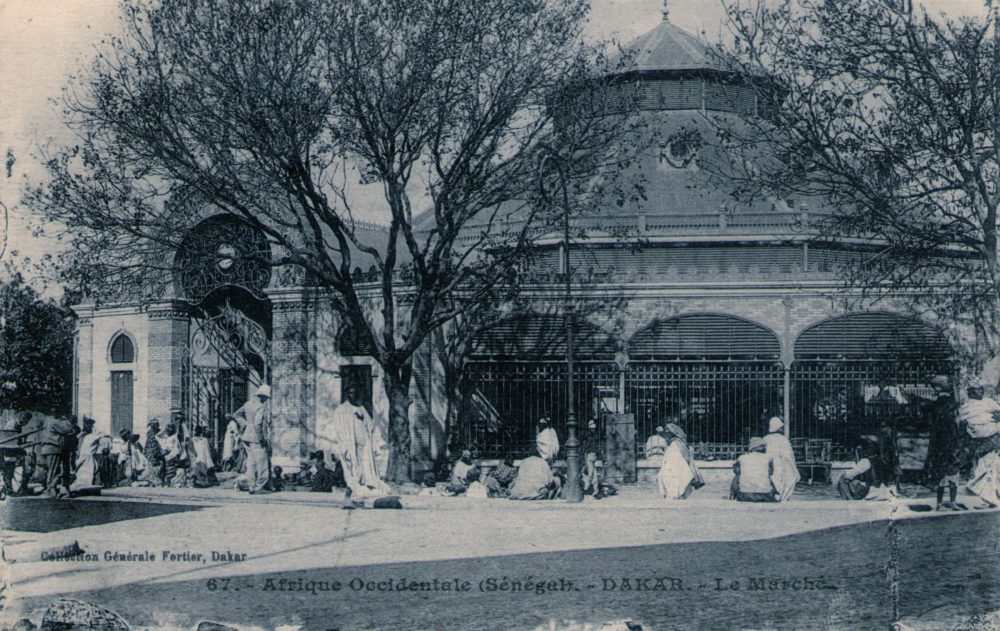 At one stall in the Kermel, that of Samba Beye, one can find bronze figures ranging from a few inches to several feet high, starting at $10 and climbing to hundreds of dollars. One piece depicted a seated man playing the cora, a stringed instrument made from a calabash, a gourdlike fruit; another was of a man playing a balafon, a xylophone with wooden keys resting on calabashes.

Another booth in the Kermel features paintings on glass (about $7), which are created by etching and then painting on the back of a piece of glass. The images are usually done in soft colors and often depict scenes of village life.

It is also at the Kermel that one finds the basket man, in one of the stalls that surround the central building. The afternoon of my visit, as a young man sat weaving cane, I chose from among hundreds of woven baskets that had an unfamiliar smell of freshness. My purchase – a set of three nesting baskets, a large open basket and a lidded, barrel-shaped basket – came to $11.
Shopper’s World; Dakar’s Markets: Strategies For Buyers (NY Times, 1985)

The covered Marché Kermel, behind Ave Sarraut and within walking distance of Marché Sandaga, sells a mixture of foodstuffs and souvenirs. It’s mainly worth visiting for the beautiful building that shelters its busy stalls. The original 1860 construction burnt down in 1994, but the 1997 reconstruction has been closely modelled on the building’s initial structure and decoration.
Lonely Planet

In 1865, a large shed on Kermel’s square was designed by the Department of Bridges and Roadways (le service des ponts et chaussées) of the colony of Senegal for the protection of commodities from dust, rain and sun. It was a strictly functional structure made of metal pillars and roofing, with no embellishment, intended, inter alia, to reduce the street-stall phenomenon that was condemned by the colonial administration.
The name ’Kermel’ (then Quermel) was probably a distortion of ’Kernel’ (quernel) – referring to the thriving regional commerce in grains and spices. Such functional, simple, and modest structures like Kermel’s first version were perfectly conformed with the initial needs of the colonial authorities, both British and French, especially in West Africa – the poor relative of other colonialisms in regions that were considered as more privileged and worthy of investment.
…
The transformation of the shed of Kermel into a semi-monumental market in the 1900s was in perfect conformity with these developments. The new version of Kermel was based on prefabricated iron foundation and its architectural design, winner of a competition closed on 31 October 1907, was in line with the form of the polygonal square. The work started in April 1908 and was completed by 1910. It included a prefabricated gallery encircling the main body of the building and a prefabricated metal skeleton that was casted in France. Kermel evokes qualities similar to the great metal markets which were erected in metropolitan France itself and in other European countries by the late nineteenth century.
(Re-)Producing the Marché Kermel 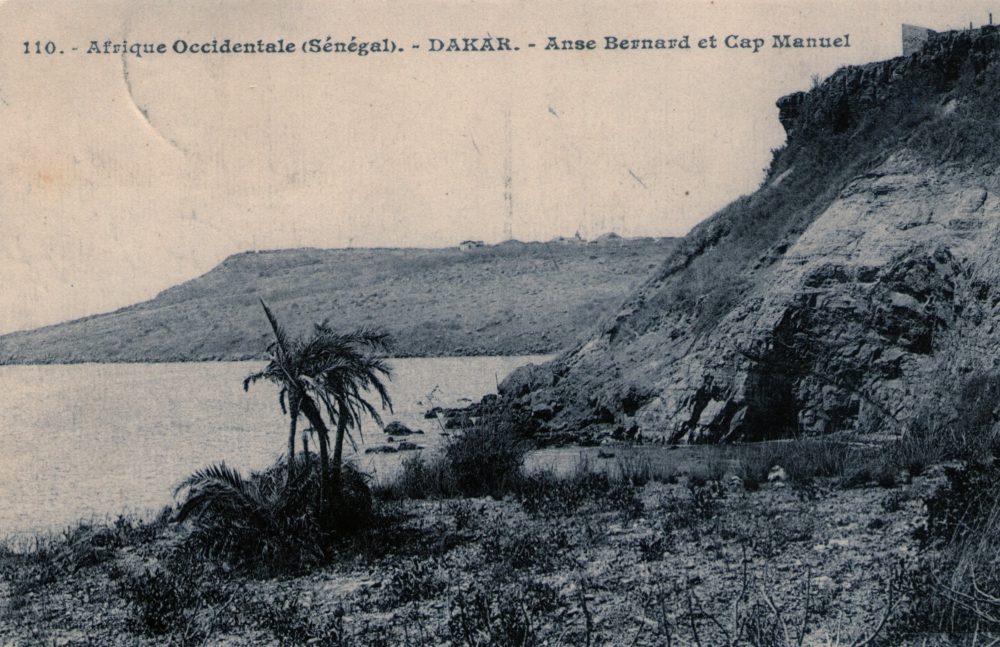 Cap Manuel is the southern point of Cape Verde Peninsula, on which Dakar sits and the western-most point of continental Africa. 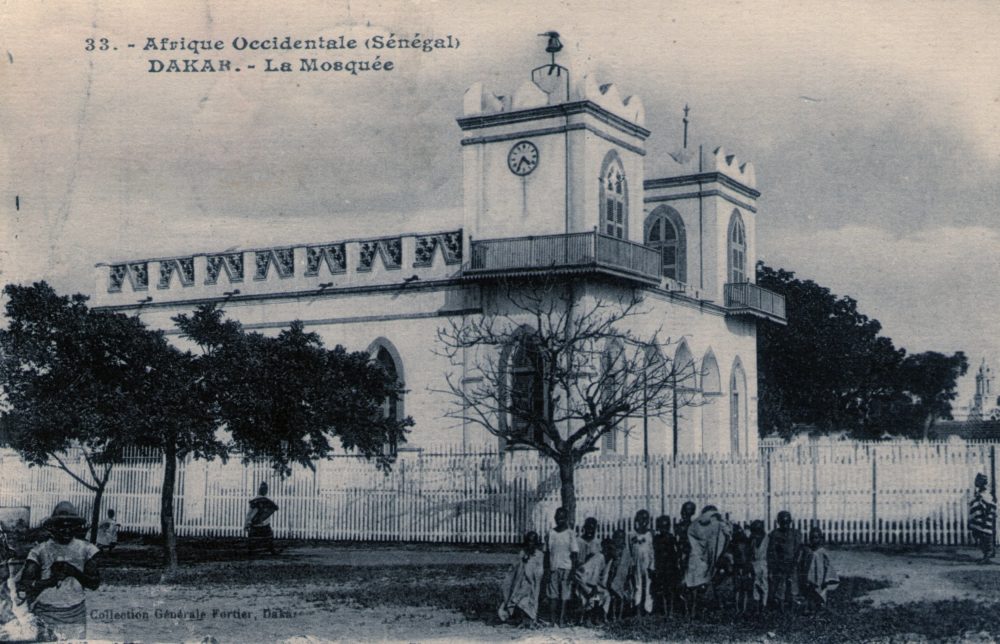 When it was built, in the 1880s, the Blanchot Mosque was in the heart of the African quarter. Europeans lived around the Place du Commerce/Kermel–what is now Place de l’Indépendance/Protet … Between the mid-to late 1880s and the 1930s–when it was encase in a new building–the mosque underwent major transformations. Of concern here is the first one that occurred somewhere between 1914 and 1917 and consisted of an extension on the main façade as well as two porches on the lateral facades. … Another incongruous element on both Saint-Louis and Blanchot is the presence of a clock on the left hand “minaret” tower. There must have been one on each tower because the one that subsists today is on the right hand minaret. One is hard pressed to asset that the towers in question bare any resemblance or remotely mimic the function of the minaret which is to amplify the call to prayer by means of the human voice as opposed to the Christian practice of employing bells to announce prayer times and also to mark the time. Thus the mere presence of clocks on these supposed minarets undermines their true purpose while ensuring that the coloniser’s preoccupation with time and punctuality.
“Making and Remaking Mosques in Senegal”, by Cleo Cantone, pp. 137-8

Also, A Mosque in a Mosque: Some Observations on the Rue Blanchot Mosque in Dakar & its Relation to Other Mosques in the Colonial Period, which has a view of the mosque after the 1910s extension (go down to paragraph 22).

The Rue Blanchot Mosque was Dakar’s only Friday Mosque in colonial times. It was built in the 1880s and was enlarged several times, in the 1910s, the 1930s and again in the 50s
Eric Ross, academic, which includes map saying location and site of original building within extensions. 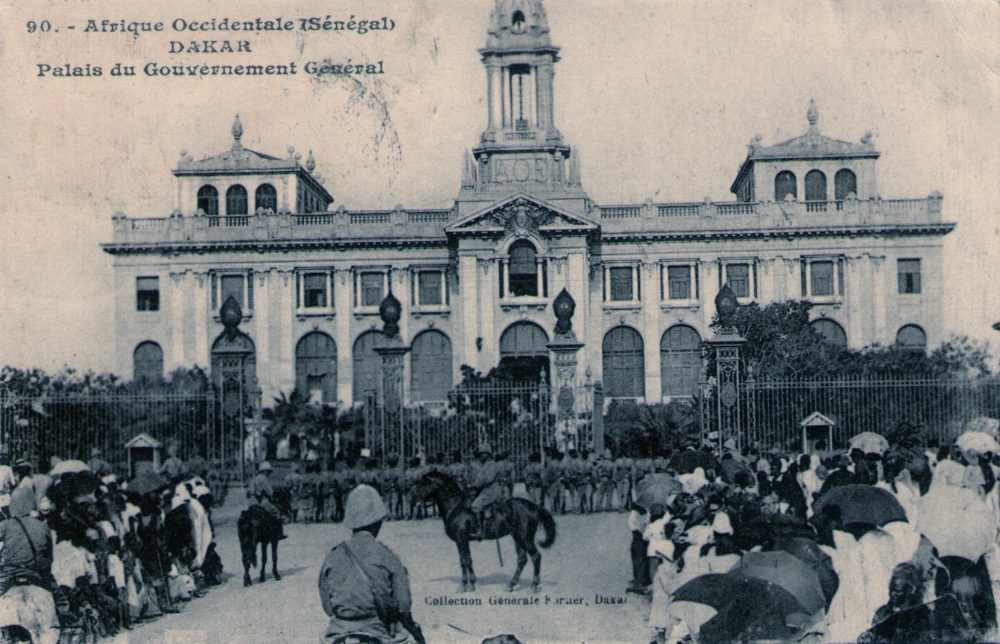 The Palace of the Republic, residence of the President of the Republic, is a historic manor located in the Plateau district of Dakar, capital city of Senegal. Built in 1902, the Palace used to be the official residence of the Governor General of French West Africa. The Palace, the construction of which was commissioned in 1902 by Gaston Doumergue, Minister of Colonies at the time, was initially built to accommodate the Governor General of French West Africa (AOF), who was living in Saint-Louis, in the capital. It was designed by Henri Deglane.

After five years of construction, this neoclassical building topped with a tower inspired by the Trocadéro in Paris, was inaugurated on June 28, 1907 as the Palace of the General Government. The Governor General at the time, Ernest Roume, was the first to take up residence in the Palace. He was charged to move the seat of the General Government of the AOF from Saint-Louis to Dakar, and to set up the central administrative structures of this sprawling territorial whole.

The Governors General, then the High Commissioners were designated as heads of the Palace. As architecture and technology evolved over time, the building underwent several renovations giving it its current shape with monumental and understated lines.
Presidency of Senegal 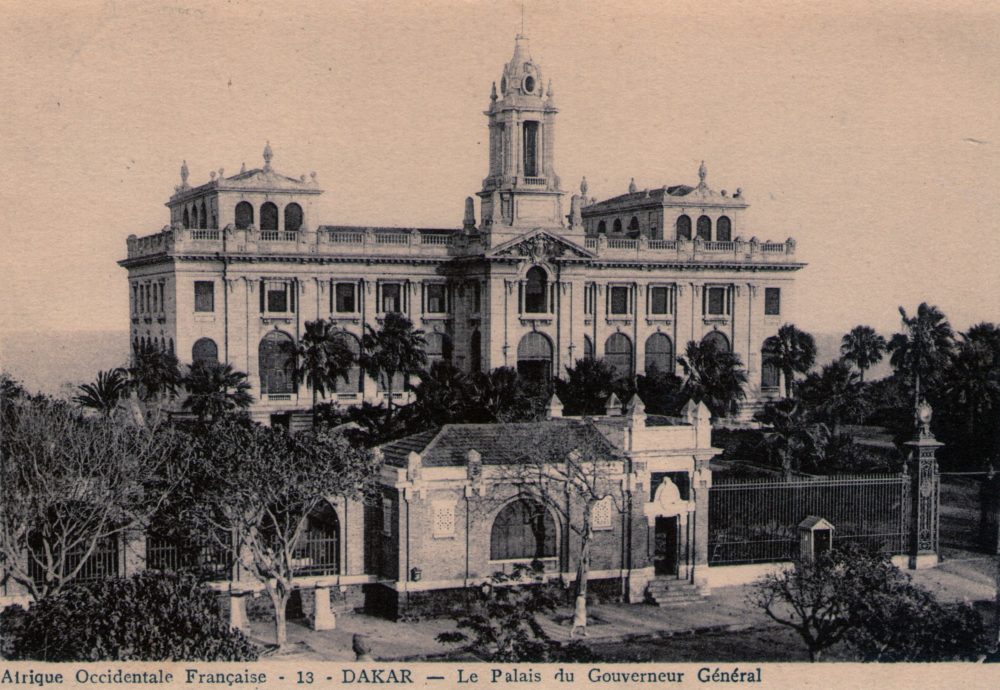 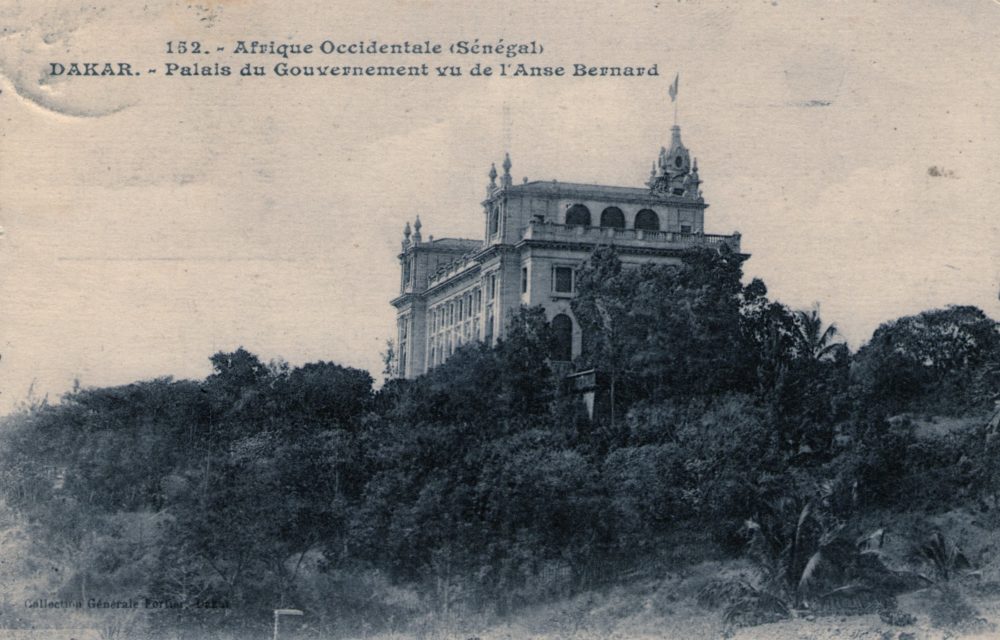 Government palace from the cove.