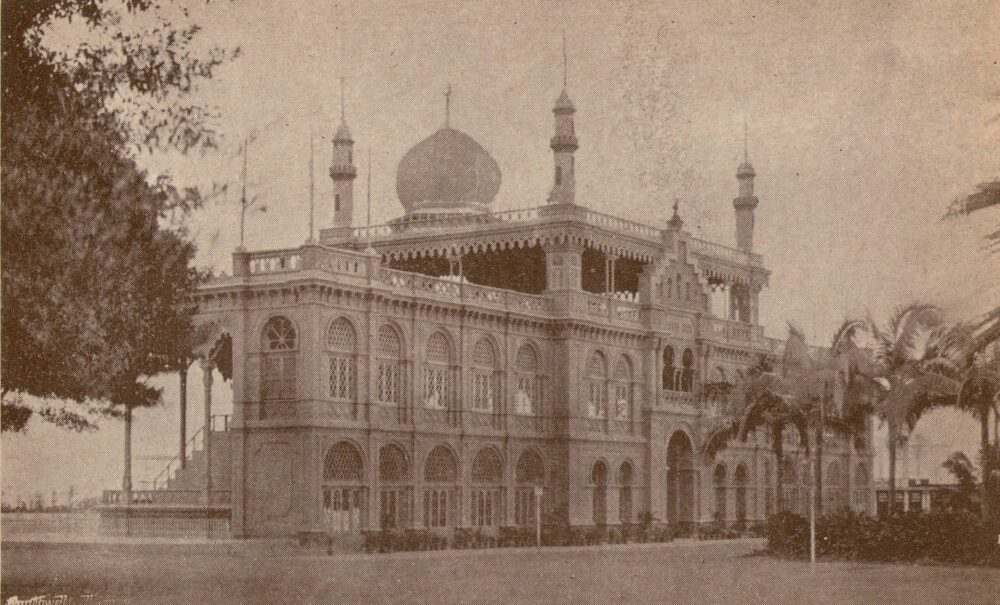 The Campo de Marte is one of the largest parks in the metropolitan area of Lima, capital city of Peru. Similar in size to Parque de la Exposición and Parque de la Reserva. Campo de Marte originally was part of Exposición and later a horse racetrack, the Hipódromo de Santa Beatriz (before Jesús María Ward was split from downtown Lima Ward), in operation from 1903 to 1938. A new racetrack, San Felipe, was built further south in Jesús María ward but the stand was allowed to remain; the track was paved over with asphalt and given the street name Avenida de la Peruanidad (Peruvianness Avenue). The stand is currently used for spectators watching the Grand Military Parade, done every year on July 29, the day after Independence Day.
Wikipedia.

At the end of the 19th century , the Municipality of Lima granted, in emphyteusis , to the Jockey Club of Peru the lands of the “Santa Beatriz” farm located in the southern part of the city. In July 1903 the construction of said enclosure was completed, which was characterized by the Moorish style of its stands, inaugurating that year with a 1,600 meter by 12 meter wide track. In 1909 the second-tier stands were added and in 1924 the racecourse facilities would be expanded.
. . .
In 1938, before the urban growth of the city, the land of the racetrack was required by the Peruvian State. In exchange, lands were given in the Jesús María district , further south, where the San Felipe Hippodrome was built . That year was the last that the Santa Beatriz Racetrack was active.
Second Wiki (seems to be a translation from Spanish Wikipedia.