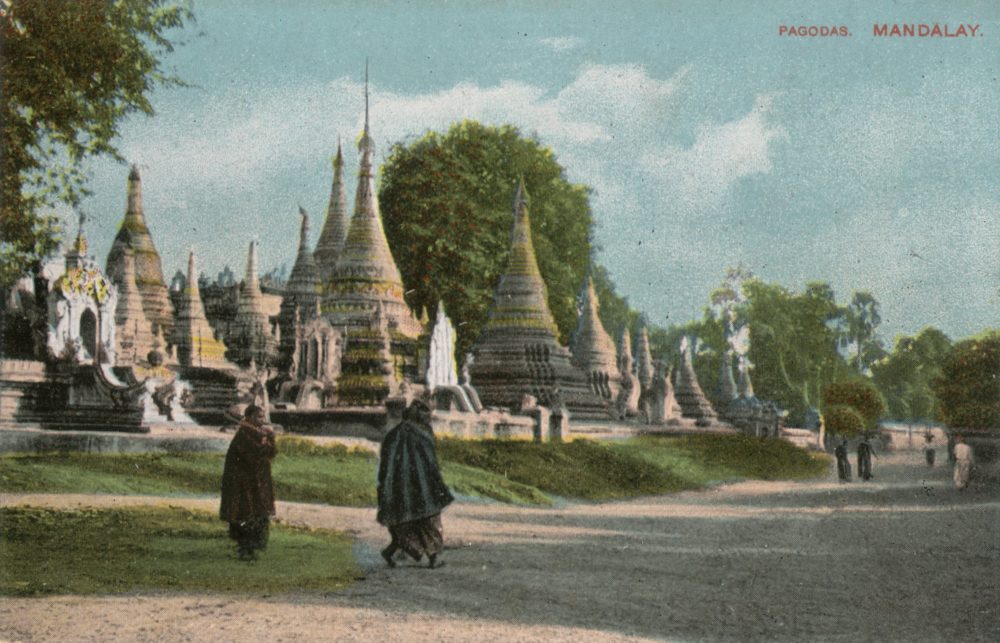 The Sandamuni Pagoda (also Sandamani, because it contains the largest iron Buddha, the “Sandamani”), or Paya, is located to the southeast of Mandalay Hill and bears a resemblance to the nearby Kuthodaw pagoda because of the large number of slender whitewashed ancillary stupas on the grounds. The pagoda complex was erected on the location of King Mindon’s provisional palace, the “Nan Myey Bon Tha.” which he used until his permanent Royal Palace was completed in the center of the Royal City (now Mandalay Fort). It was built as a memorial to King Mindon’s younger half-brother, statesman, reformer, stimulating personality and confidante, the Crown Prince Kanaung, who had helped him seize power from Pagan Min in 1853. Two of Mindon’s sons, Princes Myingun, (or Myint Kun) and Myin Kon Taing disappointed in being excluded from the succession, launched a palace revolution against their father on June 8, 1866, and assassinated Crown Prince Kanaung and three other princes: Malun, Saku and Pyinsi. The princes were buried on the grounds where they died. The royal residence was demolished the next year as the court was moved to the new Royal Palace. In 1874, King Mindon had the pagoda built near the graves of the Crown Prince and the other members of the royal family who lost their lives in the 1866 coup.
Asian Historical Architecture 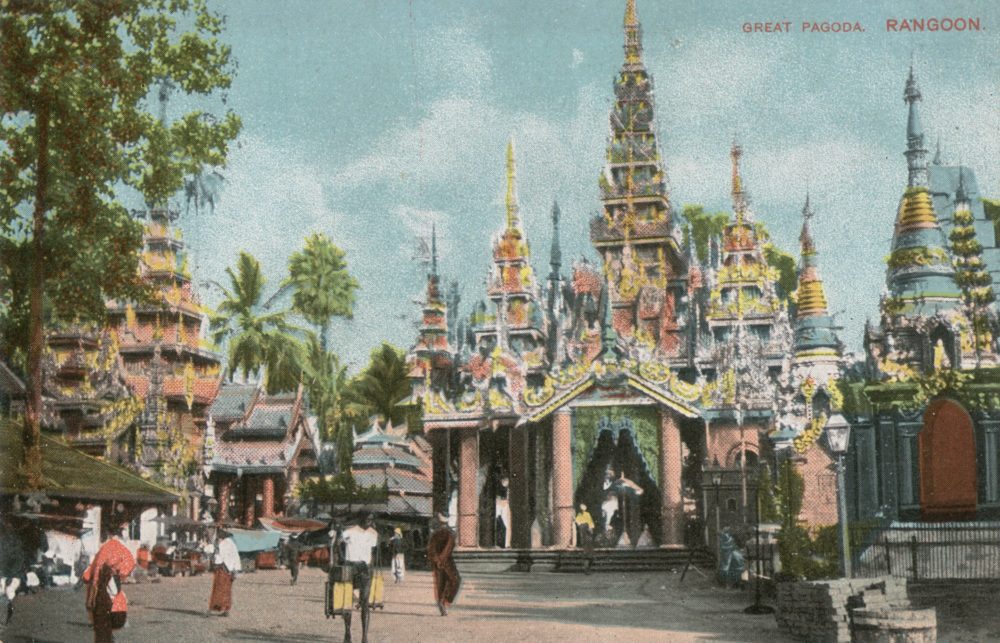 The city is dominated by the great golden pile of the Shwe Dagon pagoda, the centre of Burmese religious life. Rising to a height of 368 ft., this magnificent building is loftier than St Paul’s Cathedral in London, and its size is greatly enhanced by the fact that it stands on an eminence that is itself 168 ft. above the level of the city. It is covered with pure gold from base to summit, and once in every generation this gold is renewed by public subscription. Moreover, benefactions to this pagoda are one of the favourite methods of acquiring religious merit among the Burmese. The pagoda itself has no interior. It is a solid stupa of brick, in the form of a cone, raised over a relic chamber; and the place of worship is the surrounding platform with a perimeter of nearly 1400 ft.
1911 Encyclopædia Britannica