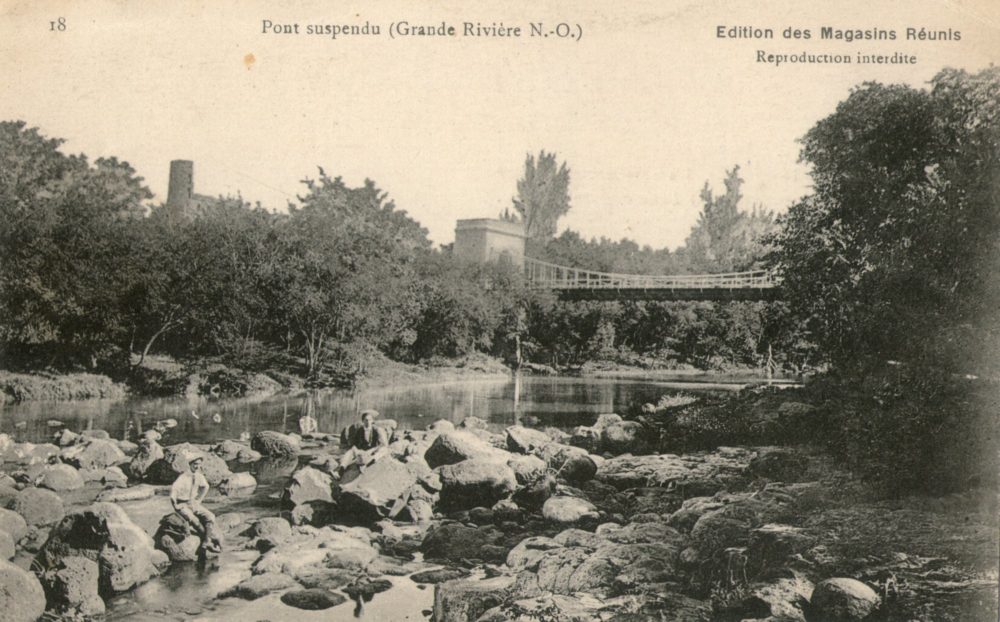 The once magnificent Suspended Bridge of Grand River North West (GRNW) laid its first stone on the 9th January 1837… and was the main access to Port Louis from the West. At that time it was being used mostly by pedestrians & carts as motorised vehicles weren’t yet available. Its structure and architecture was more or less of stone and iron with an arc-style stone pillar on both sides of the bank. With time and age, the bridge was no longer safe and had to be rebuilt differently to cater for the increase in population and traffic of the time. The Suspended Bridge was transformed into a steel bridge.
Vintage Mauritius