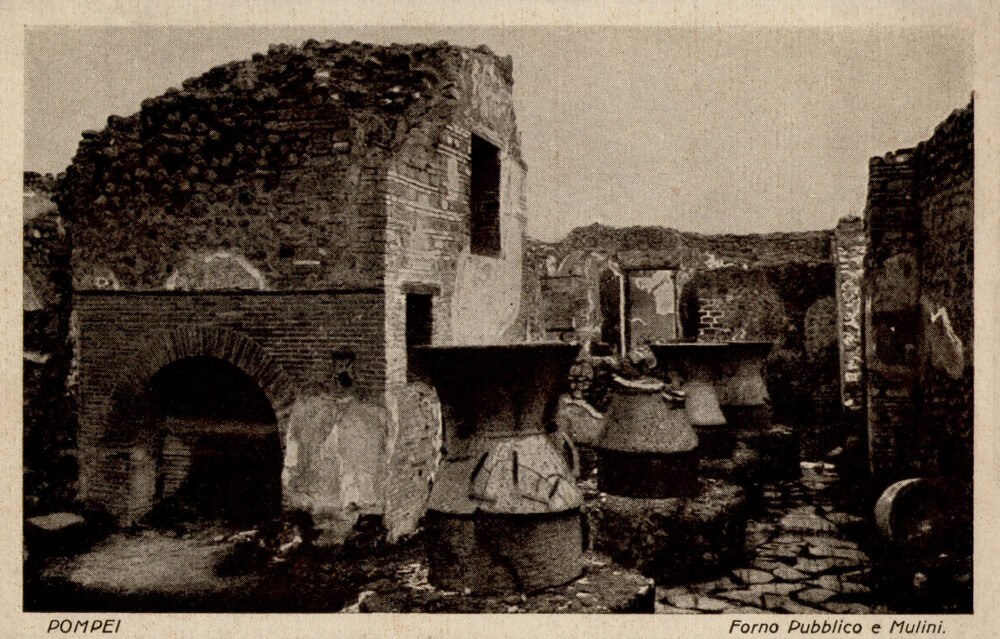 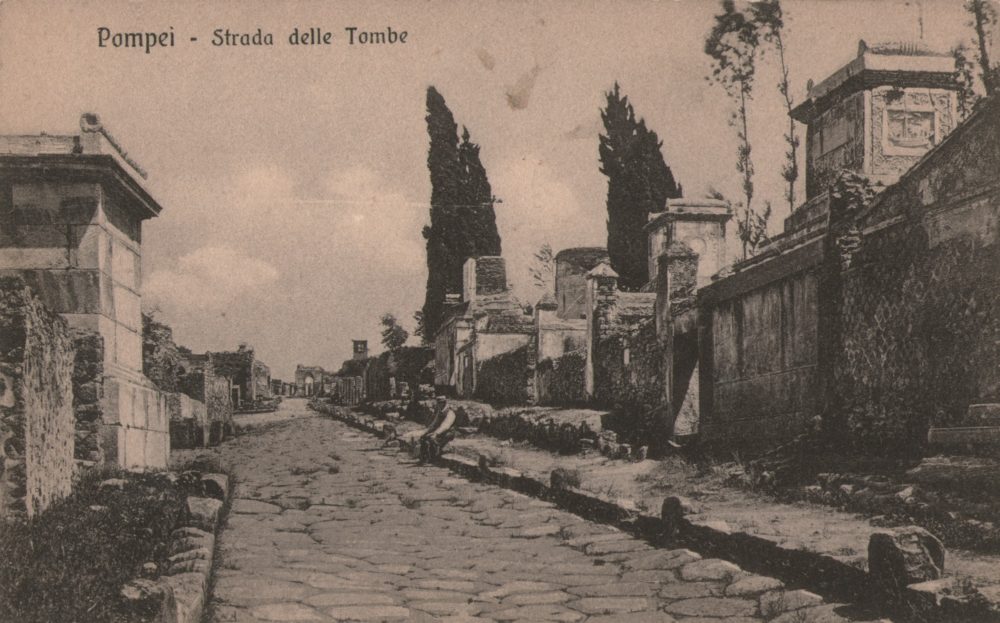 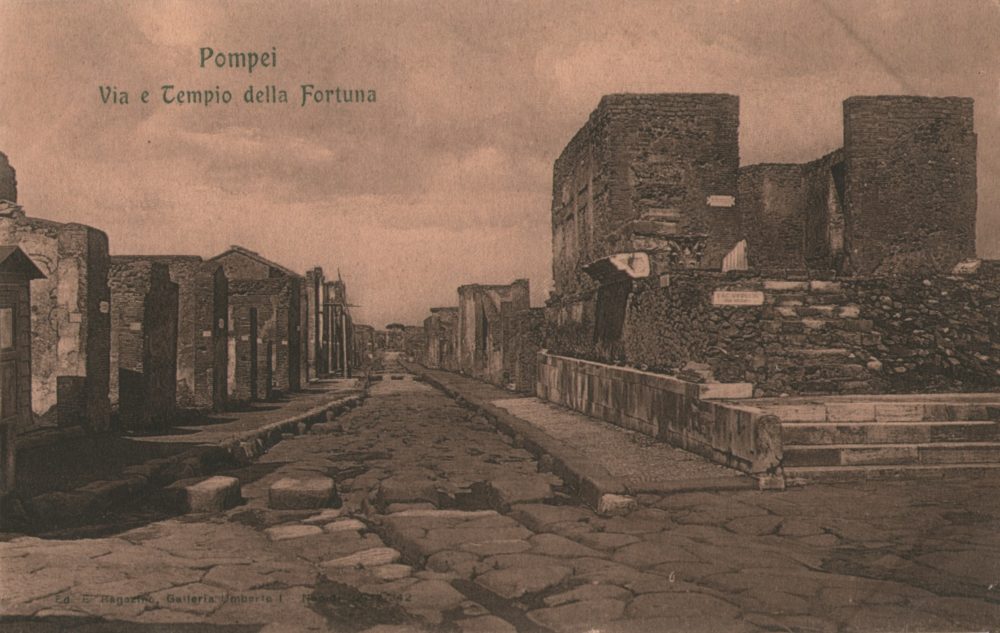 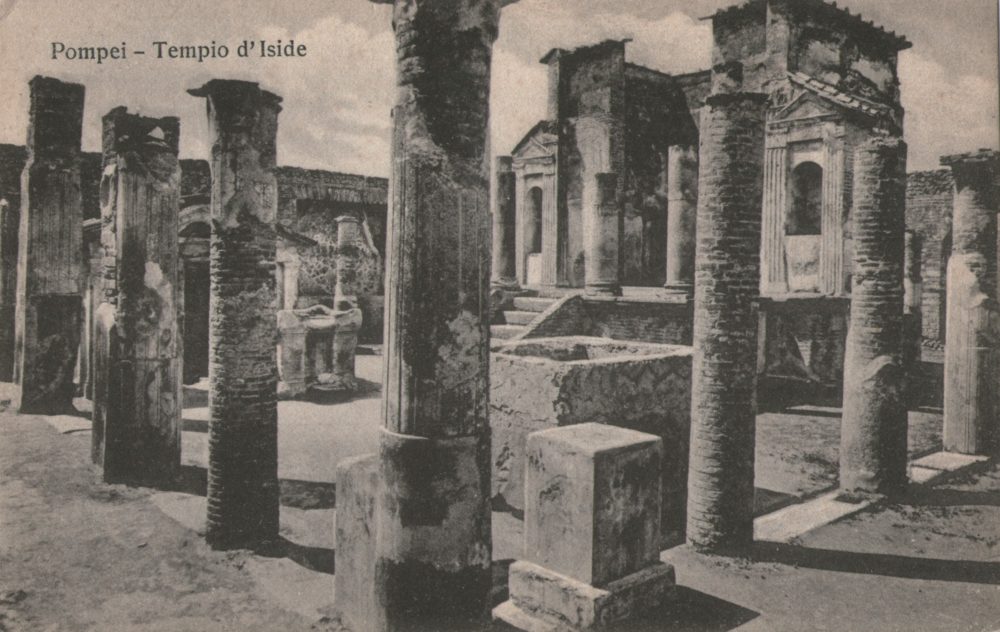 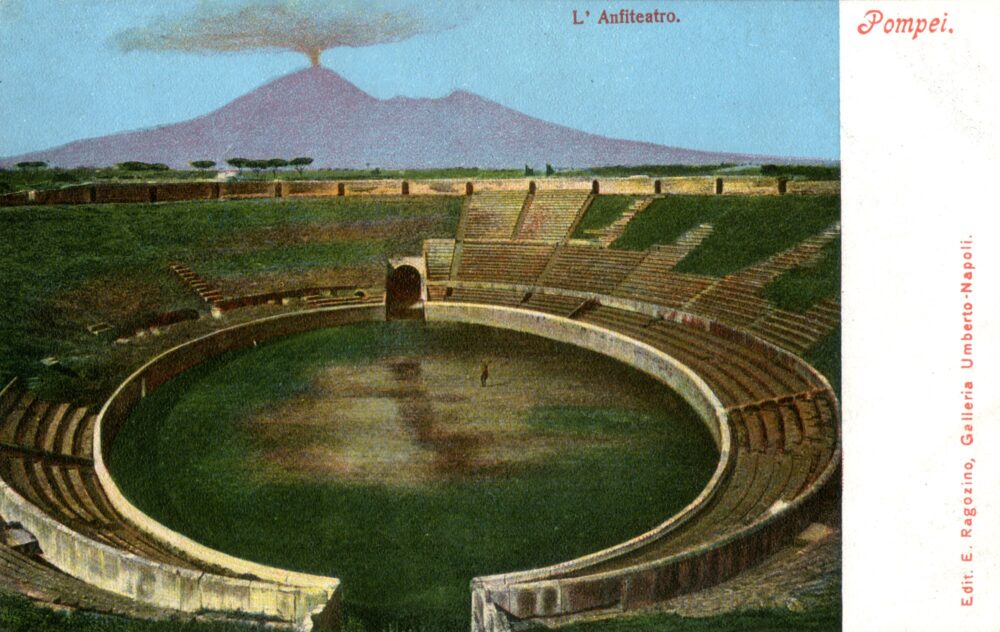 Pompeii. Its history, buildings, and antiquities (1871), Chapter VIII The Amphitheatre

The amphitheatre is sited in the most easterly corner of the city, presumably because the area was still free of buildings at the time and because the earth fill against the city walls could be used to support the eastern part of the cavea. . . . The amphitheatre was used exclusively for sports, gladiatorial contests and spectacles involving wild beasts and drew crowds from the neighbouring area. Posters advertising the games and illustrating the programme appear frequently on the walls of Pompeii. The spectacles were passionately participated in by the crowds and various gladiators became highly popular, as witnessed by the inscriptions.

As with some sports today, support could be fanatical. During one particular gladiatorial contest in AD59, fighting broke out in the crowd between factions from the colonies of Pompeii and Nuceria. According to the historian Tacitus (Annals XIV, 17): ‘it arose at a show arranged by Livineius Regulus. During the exchange of taunts abuse led to stone throwing, and then swords were drawn. Many Nucerians were taken home wounded and mutilated; many bereavements, too, were suffered by parents and children… Livineius and others held responsible for the disorders were exiled.’ Because of the violence the Senate prohibited Pompeii from holding similar events for a period of ten years but this measure was revoked three years later after the earthquake of AD62.
AD 79: Destruction and Rediscovery 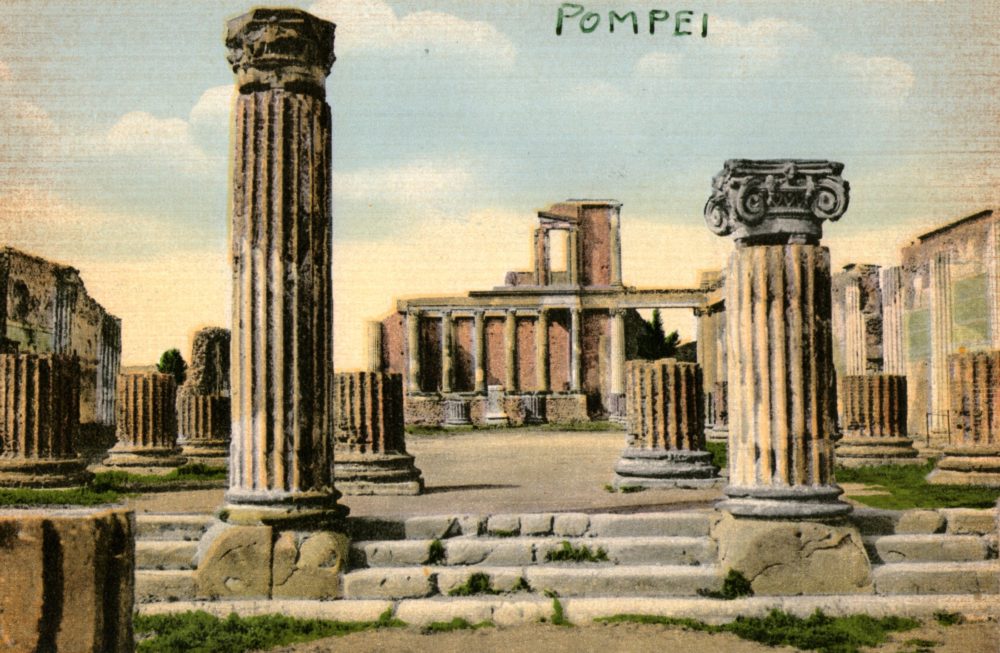 On the back:
The Basilica

A Roman basilica was a large public building where business and legal matters were discussed. The basilica of Pompeii was built in 130-120 BC and is one of the oldest examples of such a building. It had three naves and it was situated at the south-western corner of the Forum; its entrance was on its eastern narrow side and its layout resembles that of an early church. A raised loggia at the western end of the building was most likely the site of the tribunal. Archaeologists believe it was preceded by wooden stairs. Two small rooms under the loggia might have been used as the temporary prison. Lawyers without customers, teachers without pupils, artists without commissions and other jobless citizens spent their days at the basilica hoping to find a way to make some money. Some of them, perhaps during a particularly idle day, wrote graffiti on the walls complaining they were not invited to dinner by anyone or that Venus did not help them in courting a woman, notwithstanding the offers they had made to the goddess.
Rome in the Footsteps of an XVIIIth Century Traveller 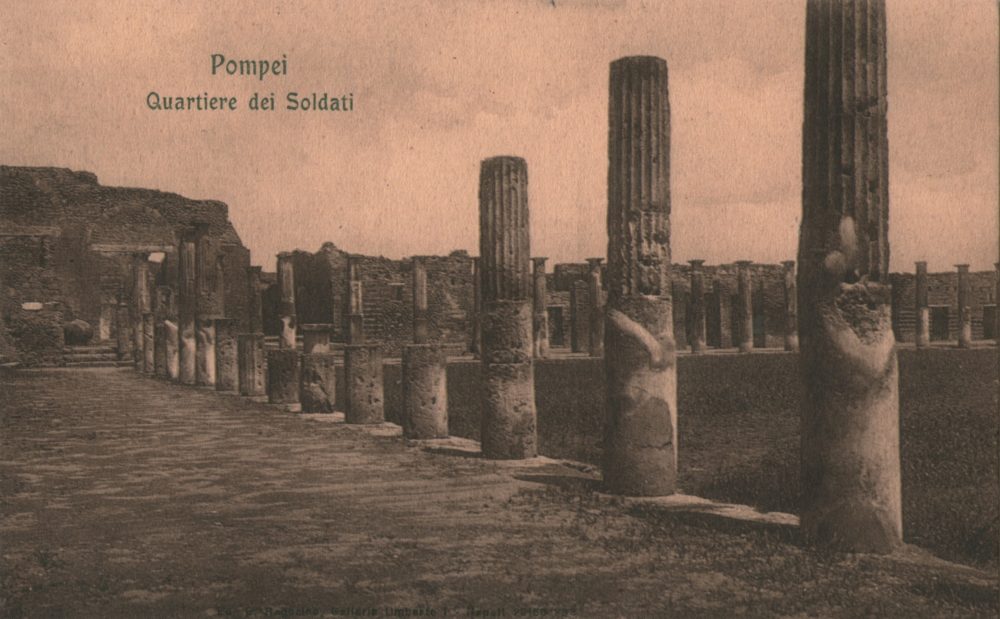 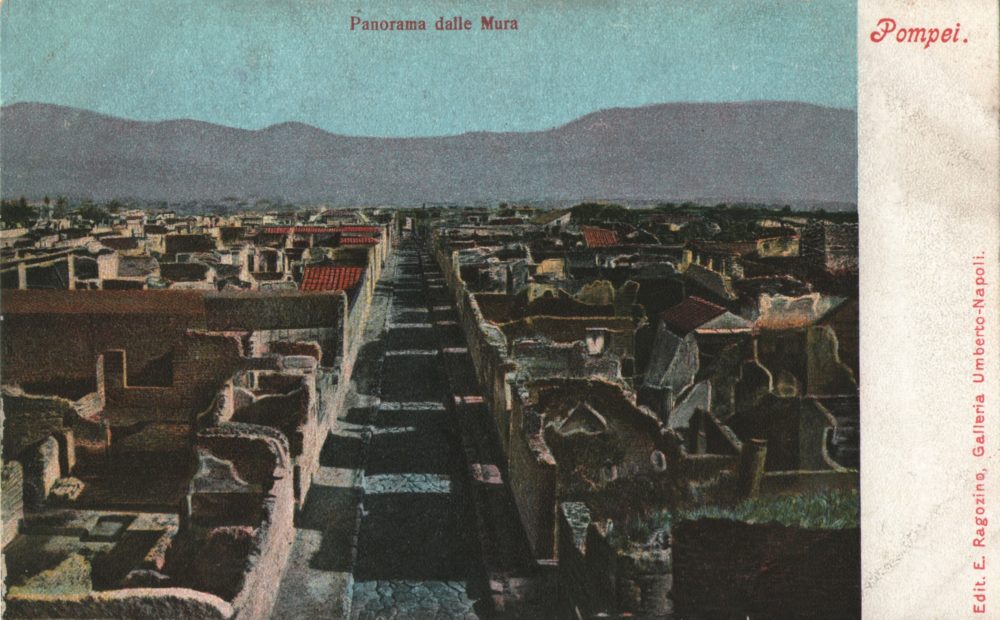 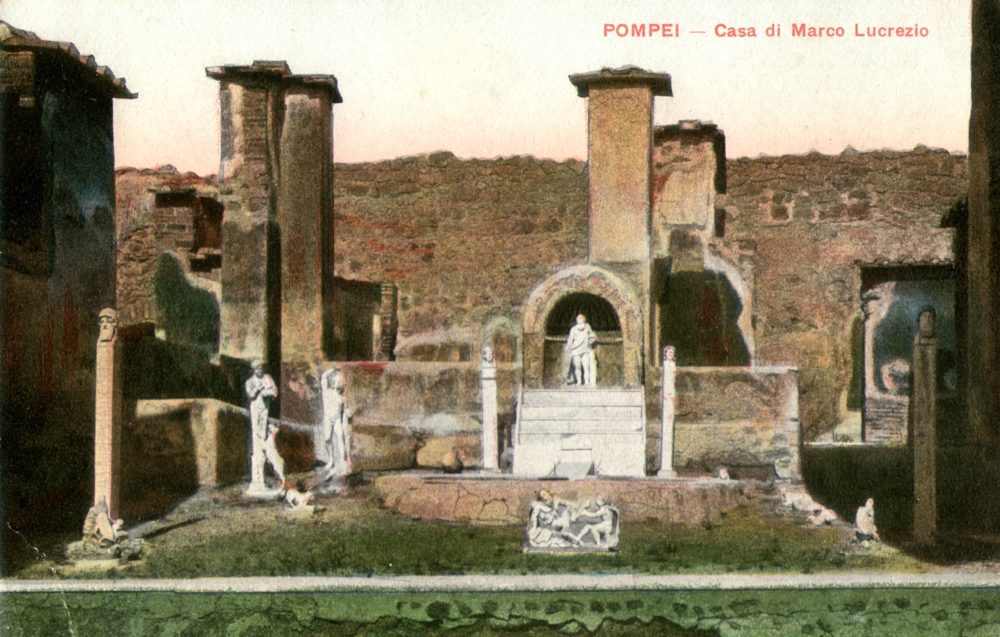 Even though the House IX 3,5/24 was at the time of its discovery a fairly popular target for visits, it lost its attraction quite soon to larger and more luxuriously decorated houses at Pompeii. The insula has been closed from tourists for most of the past century. One of the most beautiful sights in it, the statues in the garden were removed in the 1960s after the Silenos statue standing in the niched fountain was stolen.
Research history of insula IX 3 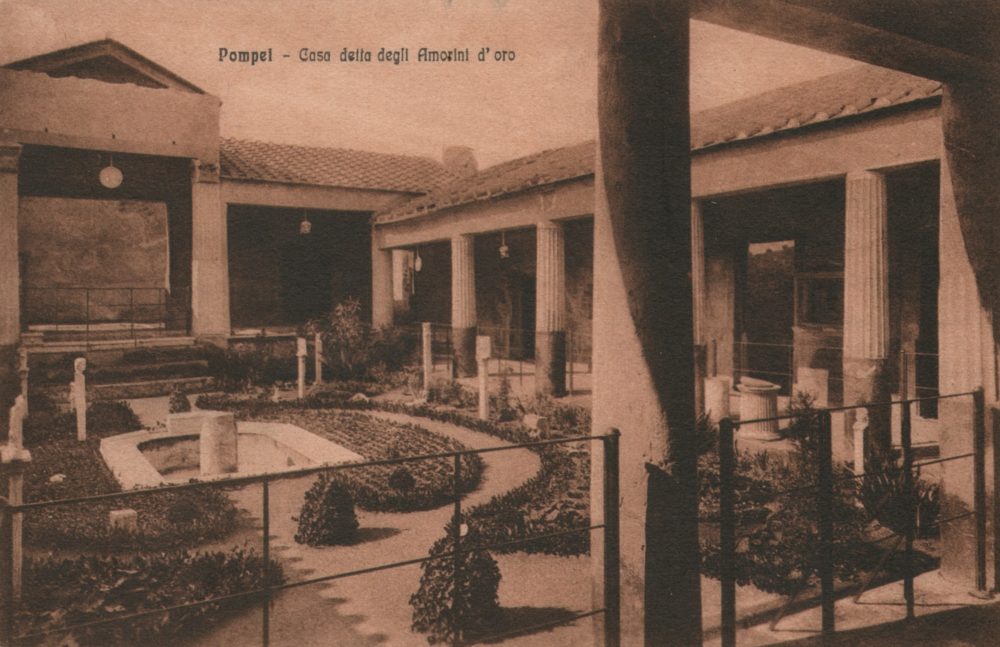 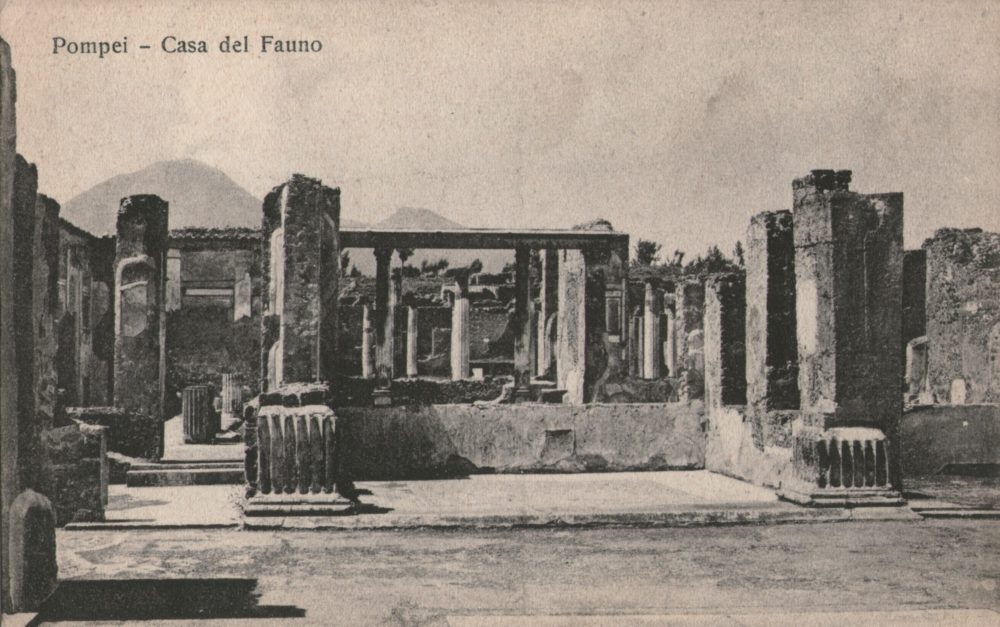 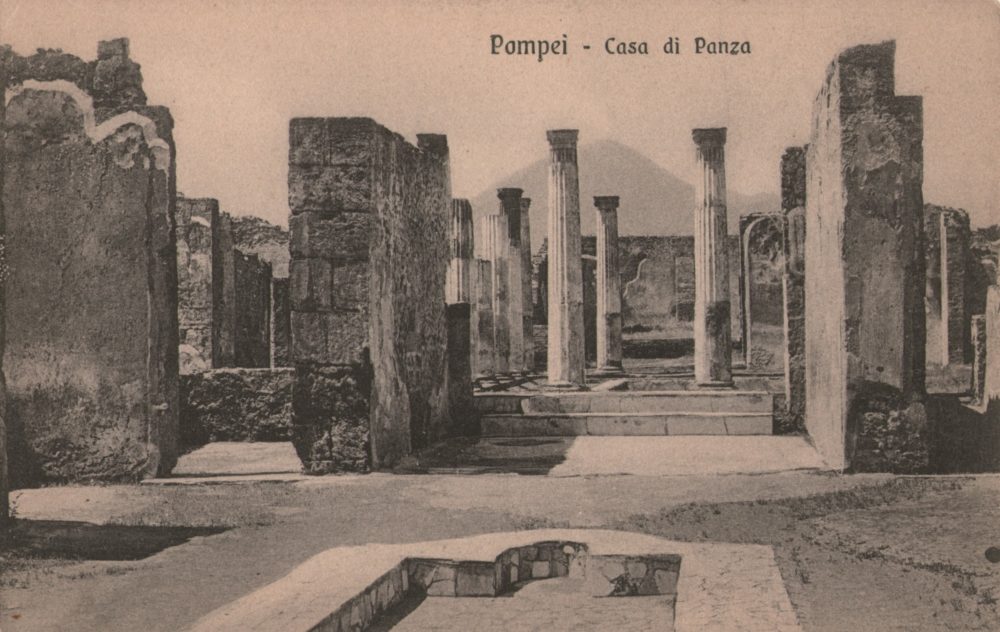 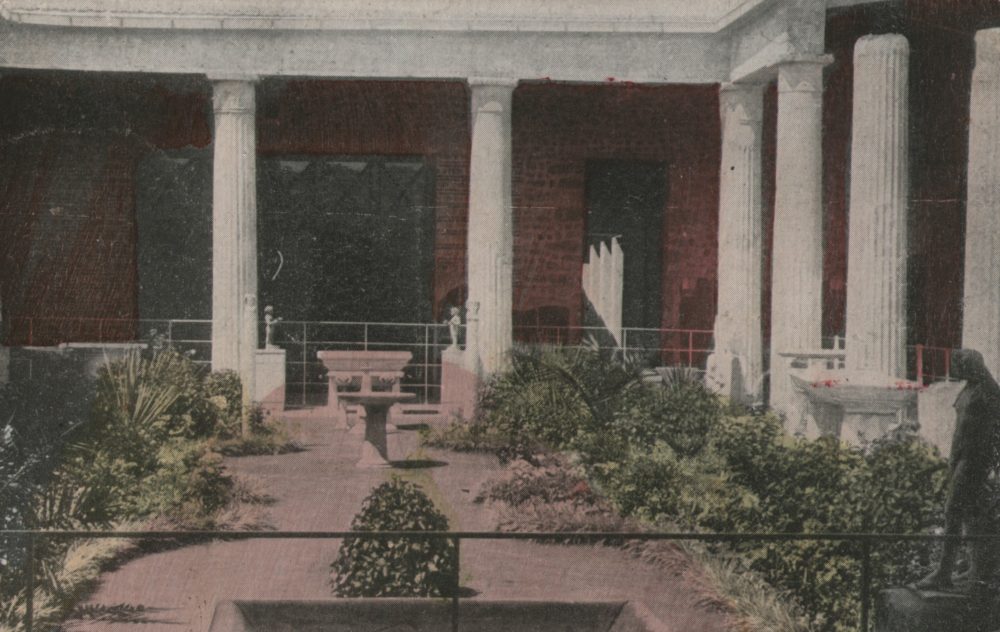 On back:
The Peristyle, House of Vettil, restored, Pompeii, Italy–Pompeii is an ancient town of Campania, situated on the shore of the Bay of Naples, almost at the foot of Mount Vesuvius. It was destroyed A.D. 79, and after its discovered in modern times, has been known as a place of world-wide fame, and having the most interesting relics preserved to us from antiquity