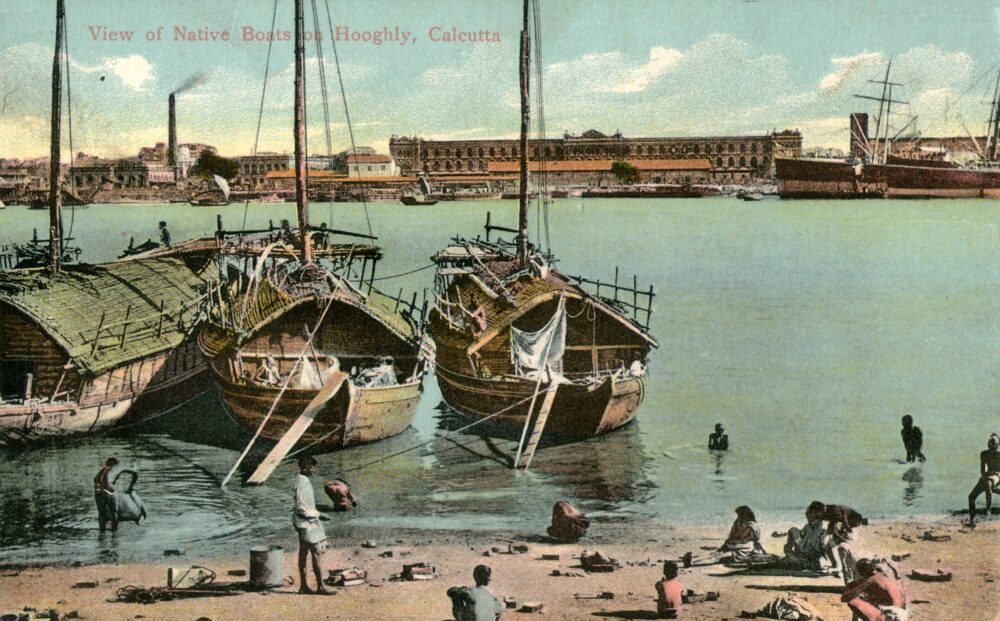 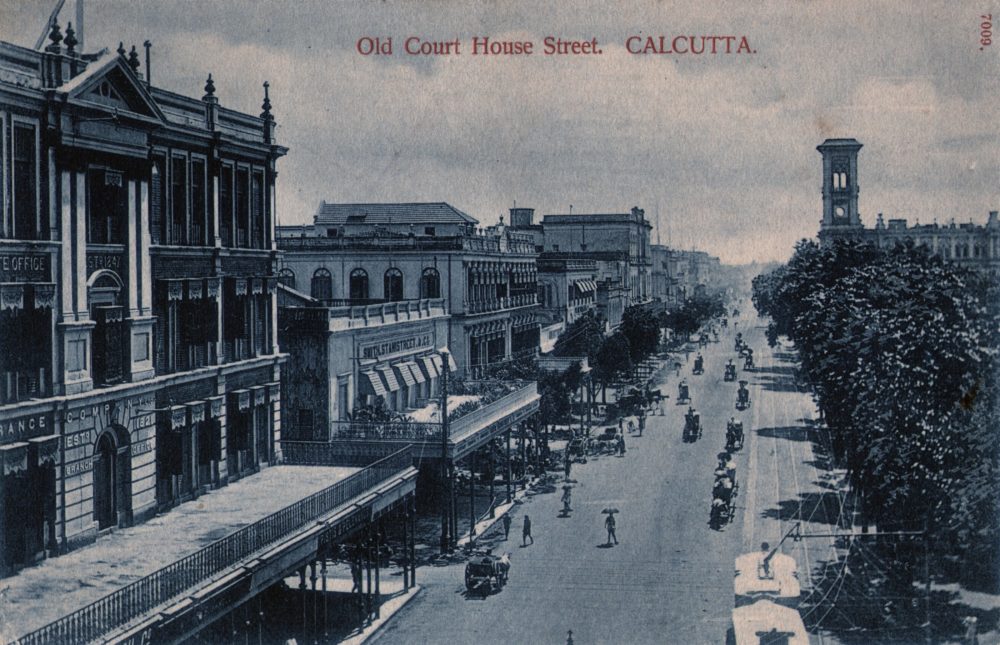 This seems to be approximately here, looking down the street from St Andrews Church towards the telegraph office on the corner of Hare Street (from Old Calcutta)