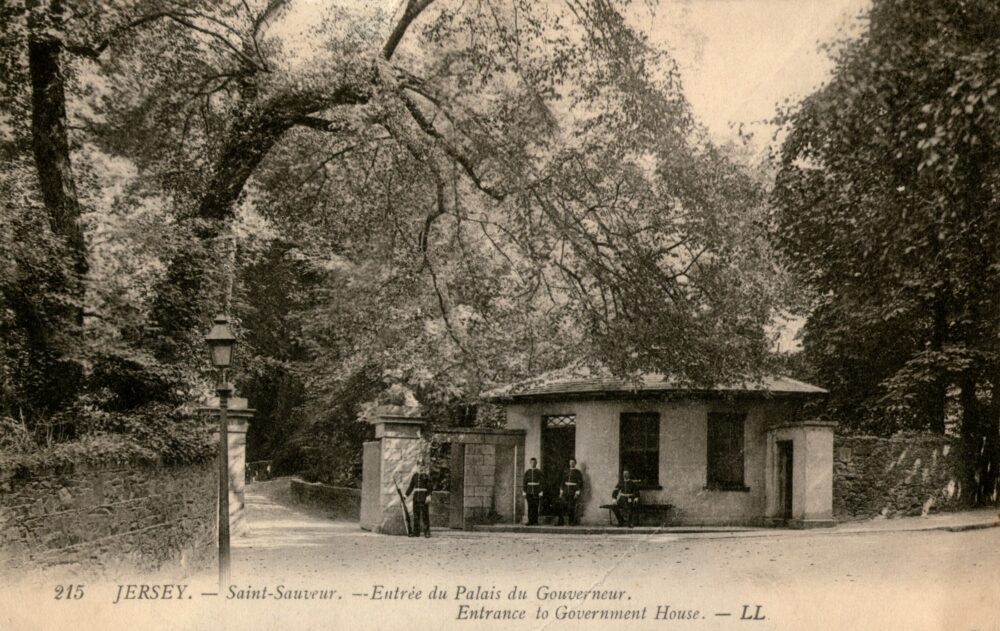 Government House is the official residence of the Lieutenant Governor of Jersey. The building is situated in the parish of St Saviour in Jersey. It is also used for ceremonial functions, receptions and meetings with visiting foreign dignitaries and heads of state. It is also the official residence of the Duke of Normandy (currently Her Majesty Queen Elizabeth II of the United Kingdom) as head of state when staying in Jersey.
Wikipedia.

Government House stands on St Saviour’s Hill. It is built on land which was bought by the Reverend Philip Le Breton in 1803 (Rector of St Saviour’s Church) who built a house on the site. In 1814 Francis Janvrin, a prosperous ship owner, bought the property from the Rector and demolished it. He then built the present Government House on the site and called it Belmont. In 1822 the Lieutenant-Governor Major General Sir Colin Halkett acquired the house. He was unhappy with the one he lived in, which was in King Street where the New Look (previously Woolworths) shop stands today. He thought that the Lieutenant-Governor “would at Belmont possess the desirable opportunity of seeing together, without apparent partiality, such of the inhabitants, and strangers, as naturally expected to be invited to Government House”.
The Island Wiki 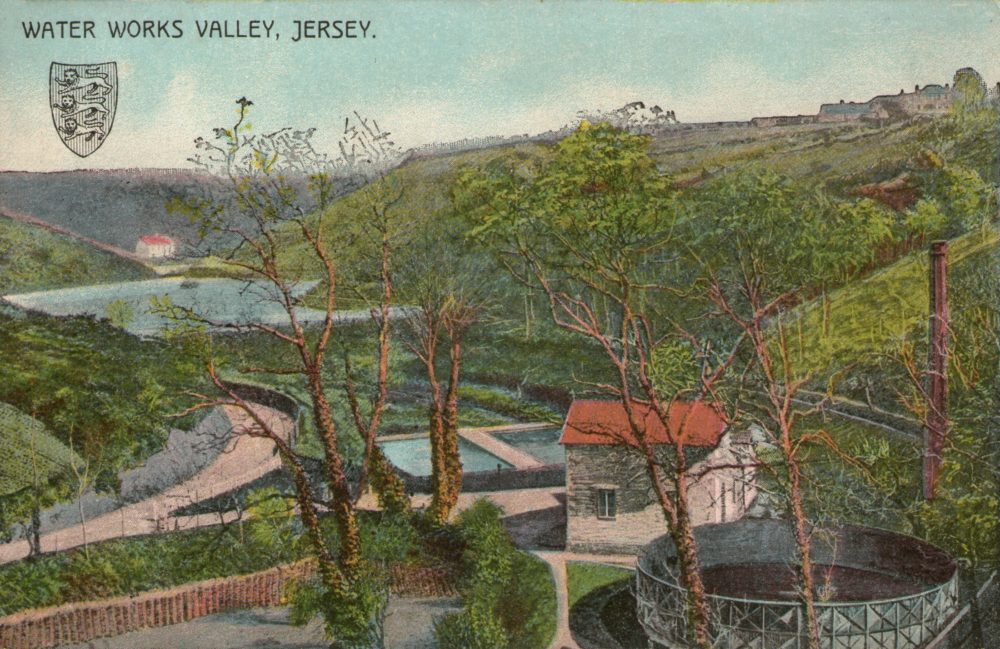 Water treatment plant in foreground & reservoir at the back

From The Island Wiki: