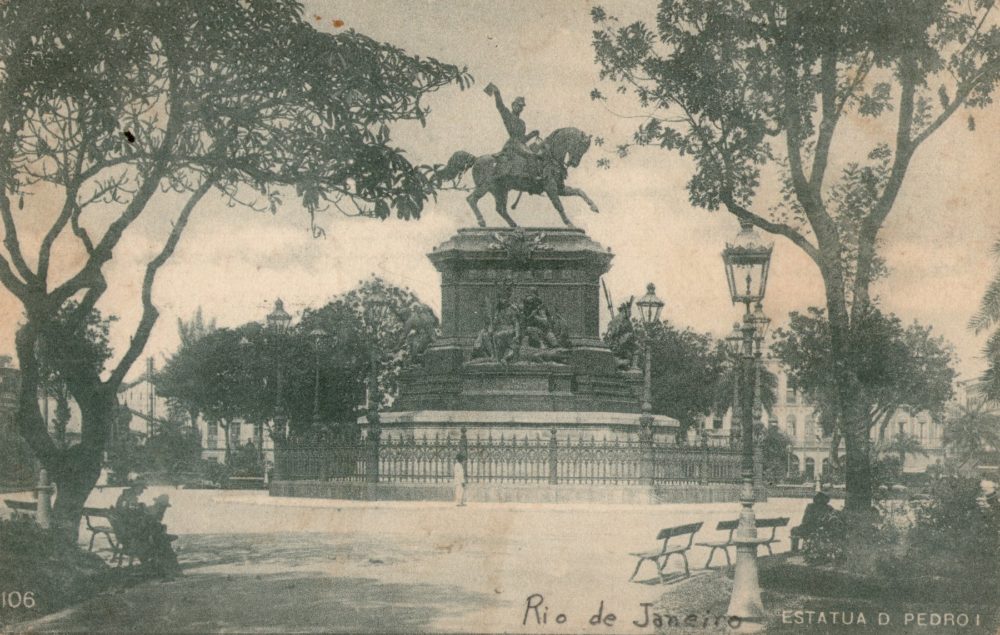 This statue, erected in 1862, was the first civic monument in Rio de Janeiro. The sculpture features Emperor Pedro I on horseback. Around the base are four figures in bronze, representing Brazil’s four major rivers. The sculpture was designed by Joao Maximiniano Mafra, a painter and professor at the Imperial Academy of Fine Arts, and cast in France. The statue is located in Tiradentes Square, also known as Constitution Square.
World Digital Library entry 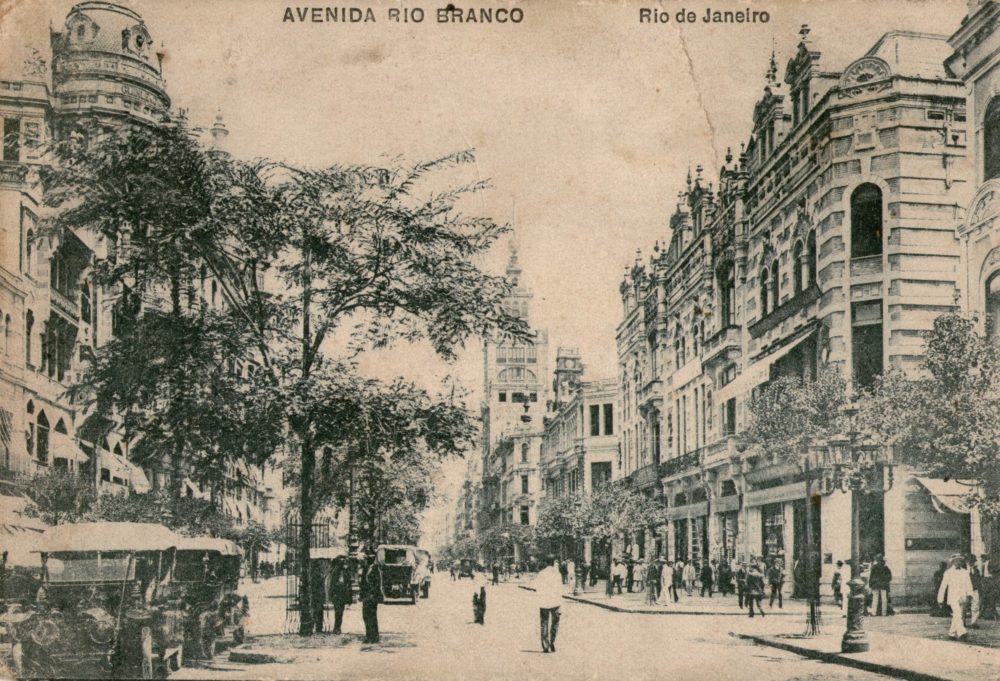 The Avenida Rio Branco, formerly Avenida Central, is a major road in Rio de Janeiro. It was built as the leading brand of the urban reform carried out by the mayor Pereira Passos in early 20th century. . . . The Rio de Janeiro of the early years of Republic still retained much of its colonial urban grid, which by now seemed outdated and anachronistic. Moreover, the old colonial center of town was overcrowded and prone to diseases such as yellow fever and smallpox. Out of this context came the opening of Central Avenue, part of a major modernization program in Rio de Janeiro following European urban planning and health policies The engineer Francisco Pereira Passos was responsible for the reforms, appointed governor of Rio de Janeiro (Distrito Federal) by President Rodrigues Alves in 1902. The works commenced in March 1904 with the demolition of 641 homes, displacing nearly 3,900 people. After six months of work was open from end to end. . . . The new avenue was 1800 meters long and 33 meters wide and three hundred colonial houses were razed in the process to raise modern buildings. The facades of buildings for the Central Avenue were chosen in a contest, in which jurors were, among others, Mayor Pereira Passos, Paulo de Front in the Minister of Transportation and Public Works, Lauro Müller and the Director General of Public Health Oswaldo Cruz.
. . .
In stylistic terms, the construction of Central Avenue is the pinnacle of eclectic style monumental in Rio besides government buildings, rose several hotels, corporate offices, newspapers, clubs, etc.. The predominant style was eclectic Frenchified, but several other models were followed, as the eclectic Italianate, neo-Gothic, neo-classical, among others. The avenue had a central garden plot and electric lighting. The sidewalks in Portuguese mosaic were made by craftsmen from Portugal. The avenue ended at Central Praça Floriano Peixoto (Now known as Cinelândia), around which were erected several public buildings of great architectural value that still exist. . . . On February 21 of 1912, the name was changed to Avenue (Avenida) Rio Branco in honor of Rio Branco, Brazilian diplomat responsible for treaties which guaranteed the borders of Brazil who had died on February 10.
Wikipedia. 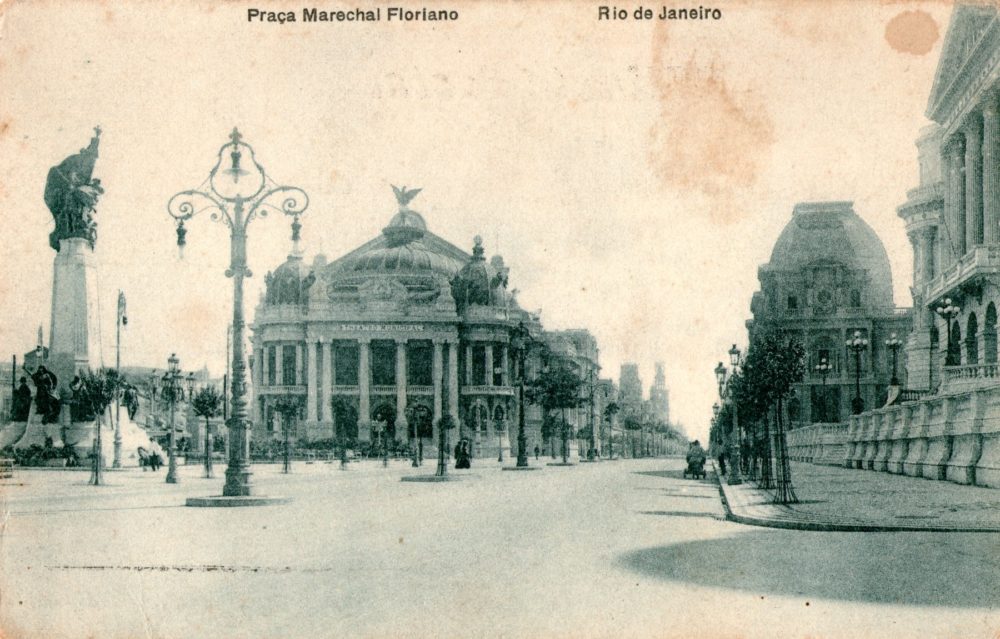 The Theatro Municipal is an opera house in the Centro district of Rio de Janeiro, Brazil. Built in the early the twentieth century, it is considered to be one of the most beautiful and important theaters in the country. . . . Building began in 1905 on a foundation of 1,180 wood poles rooted in groundwater. To decorate the building, the most important Brazilian painters and sculptors of the time were summoned, such as Eliseu Visconti, Rodolfo Amoedo and the Bernardelli brothers, Henrique and Rodolfo. European artisans were also recruited to work on stained glasses and mosaic tiles. Finally, four and a half years later — a record time for the work that took the relay from 280 workers in two shifts — on July 14, 1909, President Nilo Peçanha inaugurated the Theatro Municipal do Rio de Janeiro, which had the capacity for 1,739 viewers.
Wikipedia.