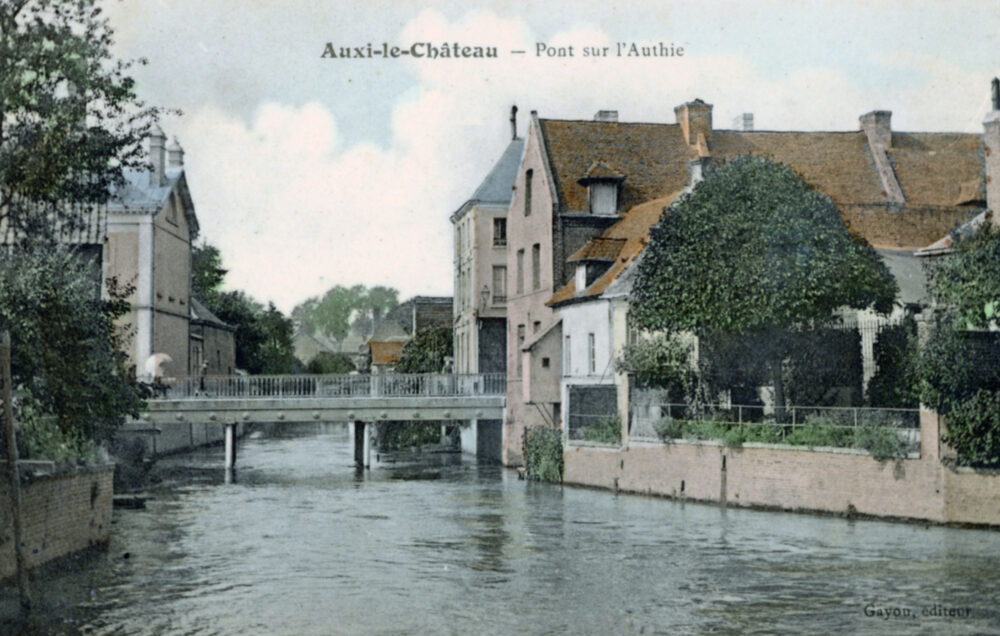 Auxi-le-Château is a commune in the Pas-de-Calais department in northern France. A farming town located 28 miles (45 km) west south west of Arras at the junction of the D938, D933 and D941 roads. The Authie river flows through the town, which once divided the commune into two parts, one in the Pas-de-Calais and the other in the Somme department. It is so named because it was a border fort, but there is now no sign of a castle, apart from some ruins at the top of the Chemin de la Belle Inutile.
Wikipedia